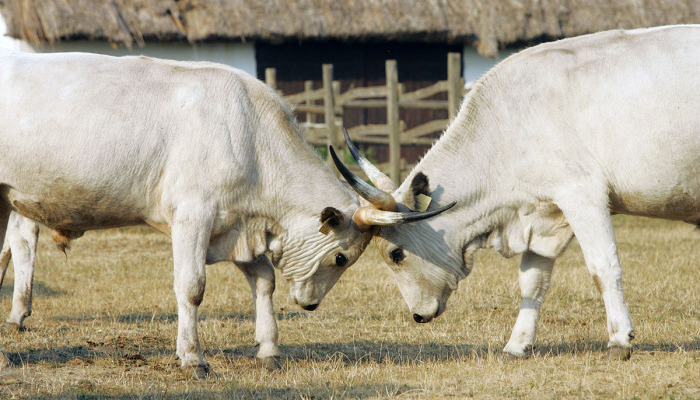 You don’t have to be a Fidesz-KDNP politician or government official to get away with murder in Hungary, or at least criminal negligence.  It is enough to have friends in high places.  And if you happen to be a cattle farmer deliberately selling anthrax-tainted meet, it helps if those connections include the Minister for National Economy and the Minister of Agriculture.

Local prosecutors in the northern Hungarian town of Tiszafüred have yet to file charges against a local cattle farmer who deliberately sold anthrax-tainted beef this year.  His actions resulted in at least 8 individuals being hospitalized with the disease, including local schoolchildren.  The same cattle farmer is suspected of illegally burying the carcasses of diseased animals at various locations around town.

In June it was revealed that local cattle farmer József Nagy had sold meat taken from the carcasses of cows that had either died from or were stricken with the disease.  Most of the tainted meat was allegedly transported to a nearby town where to this day it is being kept in refrigerated storage.   However, some 220 pounds of tainted beef was sold to the Tiszafüred council catering company, which is responsible for preparing hot meals daily for local schoolchildren and residents of an old-age home. A number of schoolchildren and pensioners came down with cutaneous anthrax disease. 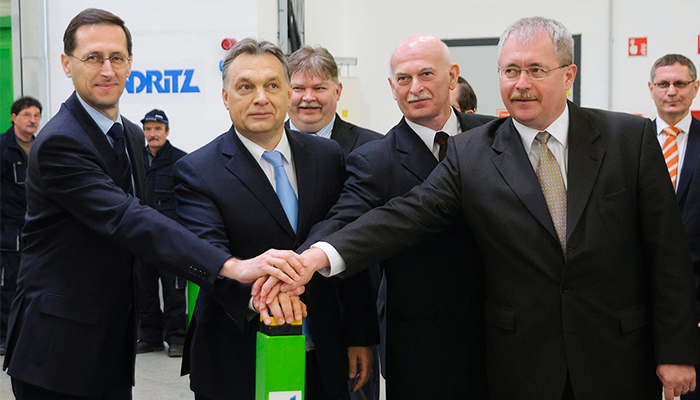 Local prosecutors have yet to bring any charges against Nagy.  Investigative journalism website Átlátszó.hu attributes this to the fact that Nagy’s political connections reach to the very top of the Fidesz-KDNP dung heap, and include Minister for National Economy Mihály Varga (far left) and Minister of Agriculture Sándor Fazekas (far right).

The infection happened at a cattle ranch operated by Nagy’s company, City-Farm Kft.  City-Farm was the primary beneficiary of public tenders organized by the Ministry of Agriculture and Countryside Development in 2012 that distributed pastureland to farmers within the Hortobágy National Park.  Despite Nagy having no prior experience in agriculture or animal husbandry, City-Farm received nearly 618 acres of pasture from the ministry, making Nagy the biggest cattle rancher in the region.  Local sources say Nagy substantially increased the amount of his livestock after winning the tender, and that many of the animals were purchased illegally and therefore lack credible veterinary records.

It seems after the outbreak of anthrax Nagy was careful to slaughter and process the diseased animals quickly and to dispose of evidence of the disease.  It is not even known how much of the livestock was affected or how much tainted beef was sold.  According to official records the catering company reportedly acquired some 220 pounds of meat from City-Farm.

The total amount of infected meat is estimated at around 1100 pounds, much of which is still in refrigerated storage.  Why the meat has yet to be safely disposed of by public health authorities or public food safety inspectors is anybody’s guess.

Locals also report that many suspicious carcasses were found around the city’s outskirts buried in freshly dug ditches. Many suspect they are the product of clandestine efforts to conceal the outbreak of anthrax at City-Farm’s facilities.

A few weeks ago, another infection took place at the company’s stables, suggesting this is an ongoing problem.