Head of Origo.hu photo desk resigns over site’s manipulation of his photographs 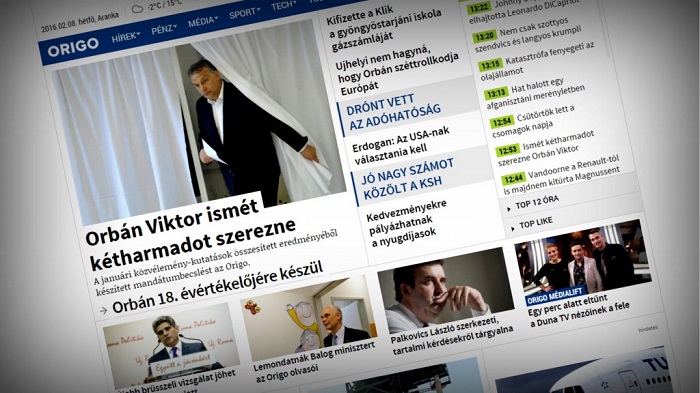 “One thing is certain: one (?) anonymous (?) photographer managed Wednesday afternoon to acquire the unconditional trust of at least four editorial boards with their photos, and all four papers decided to use these ready-made images instead of their own content – just some close-up portraits of a few protesters to present Wednesday’s ten-thousand strong protest in pictures. This photographer, not incidentally, was able to make pictures from the Fidesz headquarters.” – Index.hu

Head of the photo desk at news site Origo.hu János Ostyáni resigned from his position Tuesday in opposition to manipulation of his photographs by the site, reports 24.hu.

An article and accompanying photo series published last Wednesday by Origo gained attention when the misleading photos appeared separately and simultaneously in numerous pro-government media outlets, credited to different photographers. The photographs, taken at last Wednesday’s protest at Heroes’ Square against a proposed law on NGOs, appeared on Origo in place of photos Ostyáni had taken for the site at the demonstration. His photos were replaced on the site at some point during the demonstration, a switch which occurred without his knowledge and, according to Ostyáni, prompted his resignation.

“It was the last straw,” Ostyáni said, adding that a lot of difficulties have plagued the editorial staff at Origo but that he didn’t think until now that they would affect the photography staff.

The seven-photo gallery that replaced Ostyáni’s photos appeared on Origo.hu immediately following the demonstration which largely filled Heroes’ Square and adjacent sections of Andrássy and Dózsa György avenues. The main photo accompanying Origo’s short article, however, was taken from a distance and appeared intended to diminish the size of the crowd. 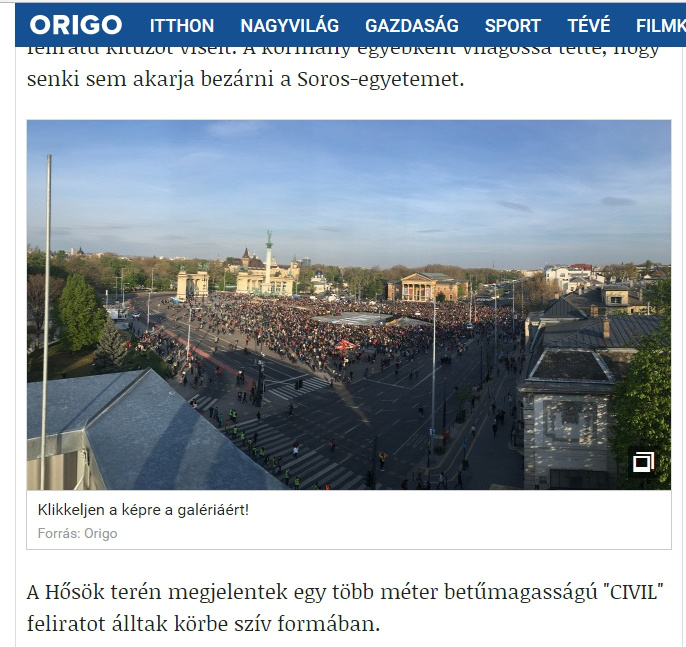 More interesting is that the photograph is clearly taken from the roof of the Fidesz headquarters, which during the entire protest was surrounded by a cordon of police.

The photo, like all of the photos in the gallery, was attributed only to “Origo” and did not credit a photographer.

The same photograph appeared in the print edition of pro-government Magyar Idők the following day, this time credited to that paper’s staff photographer Máté Bach. 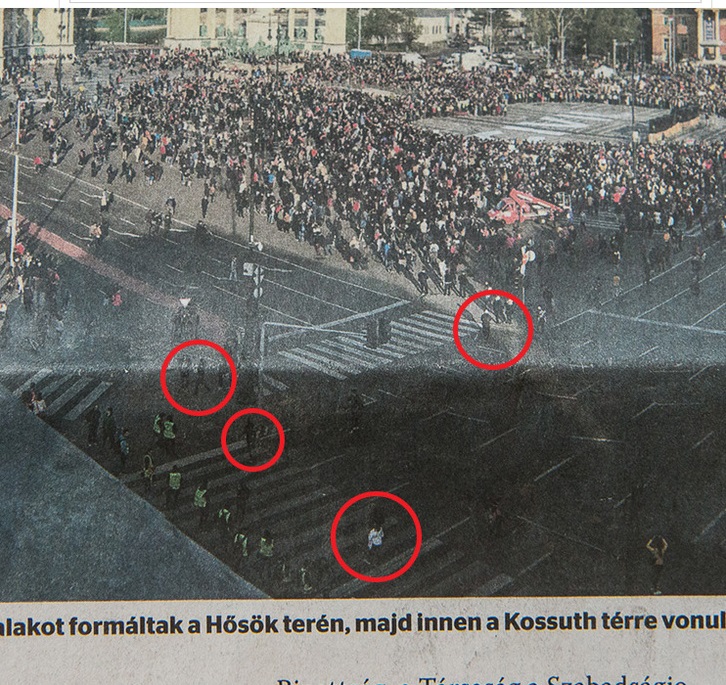 The same photograph was also printed in pro-government tabloid Lokál, and attributed to photographer Diána Mészáros.

Metadata contained in the photographs showed that the photo was indeed taken from the Fidesz headquarters with an iPhone 6, but it remains unclear which of the three photographers credited with its creation actually pressed the shutter. Other photos in the Origo gallery were taken with a Nikon D3 by one Gergely Besenyei, a freelance photographer who once worked as acting photographer for the government’s official website Kormany.hu.

But the photographs didn’t stop there in their journey through the landscape of government propaganda organs: the unattributed Origo photographs, whose metadata suggests were taken by Gergely Besenyei, also appeared on pro-government online tabloid 888.hu under the name of a third photographer. (It is worth noting the headline of the 888.hu article: The faces of Soros-type protesters.) 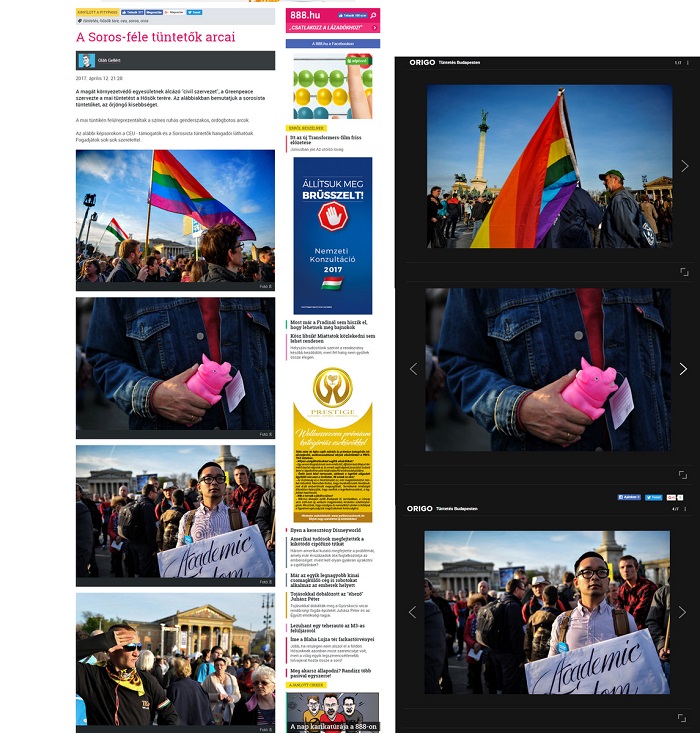 The replacement of Ostyáni’s photographs on Origo.hu (once a reputable news site before a mass exodus of its staff in response to the political sacking of editor-in-chief Gergő Sáling), and the bizarre proliferation in government media of the manipulative, unattributed photographs suggests some coordination between the media outlets as they reported on last Wednesday’s demonstration. As index.hu put it,

“One thing is certain: one (?) anonymous (?) photographer managed Wednesday afternoon to acquire the unconditional trust of at least four editorial boards with their photos, and all four papers decided to use these ready-made images instead of their own content – just some close-up portraits of a few protesters to present Wednesday’s ten-thousand strong protest in pictures. This photographer, not incidentally, was able to make pictures from the Fidesz headquarters.”

Origo’s reputation has continued to worsen since it was purchased by Fidesz-linked New Wave Media in late 2015. Almost a dozen staff writers left the online daily in a single week in March over content disagreements, and editorial assistant Márta Kovách resigned Tuesday alongside Ostyáni. Origo’s photo editor Márton Csanádi announced last week his intention to leave the site.

You can see the Budapest Beacon’s photo coverage of the protest here, credited exclusively to photographer Balázs Pivarynik.