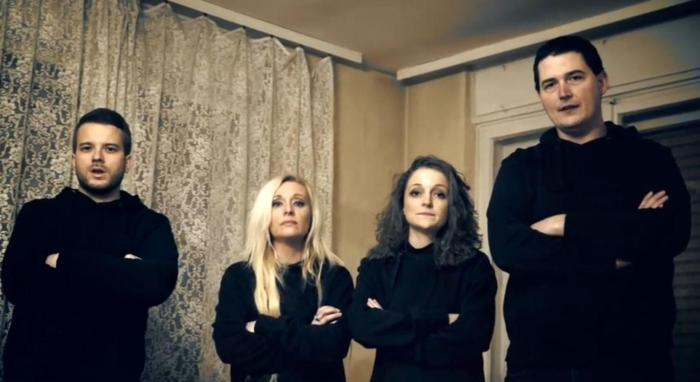 The editorial staff of Célpont (Target), a weekly news program devoted to investigative journalism, announced its collective resignation in a short video posted on Facebook on Wednesday. The show’s hosts appeared saying they had “had enough” and were leaving oligarch Lajos Simicska’s flagship news television program because they think that Hungarian Prime Minister Viktor Orbán “is not a scumbag.”

The comment was in reference to Simicska’s description of Orbán two weeks ago after learning that  most of his editors-in-chief as well as media company CEOs had resigned in a visible defection to MTVA, Orbán’s greatly expanded state television broadcaster. The mass exodus followed Simicska’s threat to “launch a full-scale media war” on Orbán’s government after it was revealed that the government was contemplating leveling a flat 5 percent tax on advertising revenues of all media outlets in lieu of the graduated advertising tax, the majority of which would have been paid by German-owned RTL Klub.

Simicska granted telephone interviews to a number of independent media outlets and promised a new, independent position against the government in his media empire, although it remains to be seen whether the former Fidesz oligarch makes good on this threat.  Simicska’s company, MAHIR, owns prominent right-leaning media publications, including daily newspaper Magyar Nemzet, Hír TV and daily handout journal Metropol.

Célpont was one of the television programs of Simicska-owned Hír TV broadcasting investigative reports on issues of domestic policy. According to Index.hu, however, the program served as little more than a mouthpiece communicating the many twists and turns in Fidesz’s campaign messages, or exposing illegal activities of the governing party’s political opponents.

Among the most notable scandals broken by the program was the revelation shortly before the 2014 general election that Hungarian Socialist party deputy chairman Gábor Simon kept a secret bank account in Austria.  During the Socialist government of Ferenc Gyurcsány, two Célpont employees, journalist Balázs Bodacz and editor Szabolcs Kisberk were reportedly the subject of a government conspiracy to set them up by planting hard drugs in the trunk of their car, to be discovered over the course of a seemingly routine police check. The conspiracy was exposed by Hír TV before it could be executed. The alleged mastermind of the setup, former MSZP MP László Helmeczy, was later cleared of all charges.

Célpont was also known for a long time for the relative sympathies of its staff towards radical right-wing party Jobbik. In the past months, they were mostly dealing with an uncritical defense of Fidesz’s latest policies, including the proposed internet tax and later a proposed bill that would oblige all journalists to take compulsory drug tests.

Célpont also openly attacked organizers and speakers of anti-government protests. Its investigation tried to discredit NowUs! organizer Zsolt Várady by leaking a police report about an earlier arrest for possessing a small quantity of marijuana.  In their most controversial recent move, Célpont actively harassed and intimidated Emília Nagy, a schoolteacher speaking against the government at a demonstration, reporting that she had been convicted for fraud.  It was later revealed that they had “confused” her with another person by that name.  The program never apologized for its mistake.

Index.hu believes that there is a good chance Célpont will be continued in the framework of a restructured public television scheduled to launch on March 15.