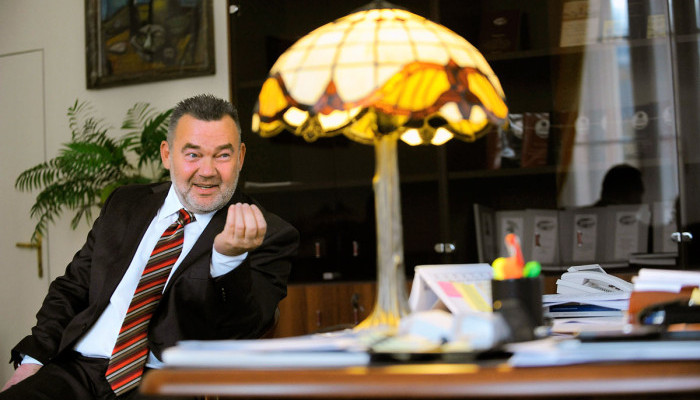 The House justice committee on Monday summoned ombudsman László Székely (pictured) to discuss allegations that his office colluded with the Civil Liberties Union (TASZ) regarding a report that denounced the closure of Budapest’s only needle exchange.

Right-wing daily Magyar Nemzet last week claimed that TASZ drug policy expert Péter Sárosi had asked a department head at the ombudsman’s office for details on the publication date of the report, pointing out that it should not be when he would be on holiday. Prime Minister’s Office Chancellor János Lázár said if the article is true Székely should resign immediately.

However TASZ wrote that the accusation is incomprehensible for several reasons. Sárosi noted the absurdity of the idea that the report had deliberately been published a month before the local government elections, delayed until after the Kék Pont needle exchange in District VIII (Józsefváros) was shut in August.

TASZ also noted that “liaising with legal protection NGOs is a duty of the ombudsman, and should not be regarded as extraordinary”. Letters in Magyar Nemzet were not written by or to him, Sárosi added. He says the last time he coordinated with the ombudsman on the issue was in May, adding that he had not read the report beforehand, and had only inquired about the publication date in order to promote awareness of the content in the press. TASZ had questioned the legality of the move and filed a complaint with Székely when the closure of the unit was ordered last year.

Now Székely says he supports the view of TASZ – and Kék Pont staff – who say the move could result in a rapid increase in the risk of hepatitis, and even an HIV epidemic in the city. Echoing the Chief Medical Officer’s condemnation of the closure, Székely said it was unconstitutional, citing the observance of the fundamental right to mental and physical health in the Basic Law: “Freedom exercised by the state cannot expand to stripping one core institution of its fundamental rights without creating alternative assurances to their implementations.”

It was Fidesz mayor of Józsefváros Máté Kocsis who originally ordered the closure of Kék Pont, saying it would cut the number of drug users on the district’s streets as well as discarded used needles in public spaces. In connection with the allegations made at TASZ last week, Kocsis said “it is clear that the drug lobby set foot in government offices”.

Kék Pont prioritises damage limitation over prevention and focuses on decriminalization and helping addicts. TASZ’s drug policy blog drogriporter.hu also supports harm reduction in the context of a wider picture for its drug strategy, and has made a short film against the closure of the unit.

After years of stasis, drug use has risen in Hungary over recent years. The last major survey on the number of drug users and addicts undergoing treatment was conducted in 2007. In the second half of the 2000s the number of users receiving treatment plummeted, despite a rising number of people with drug problems. TASZ’s Drogriporter and Kék Pont say harm-reduction programs offer a new form of outreach which has worked well in Zurich and Vancouver.