How Fidesz won a two-thirds parliamentary majority with only 44.5% of the vote. 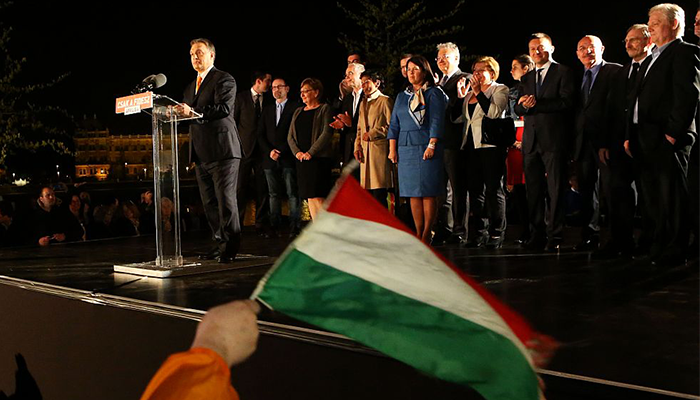 When drawing the boundaries of the new electoral districts, Fidesz took care to keep traditional Fidesz-voting districts intact.  By contrast, districts that traditionally vote for socialist or liberal candidates were frequently split up and attached to neighboring pro-Fidesz districts.   When this was not possible or desirable from the point of view of Fidesz, districts and sub-districts tending to vote for left wing candidates were combined into one district.  The result, according to one expert, is an electoral system in which left-wing/liberal candidates must receive 300,000 more votes than conservative candidates in order to win an election.

The new election law did away with the second round of voting.  In previous elections, only candidates receiving 50% of the vote were declared the winner without a second round.  In districts where no candidate received at least 50% of the vote (or where voter participation was less than 50%) a second round was held, with the candidate receiving the most votes declared the winner.  This afforded parties, particularly the socialists and the liberals, the opportunity to negotiate with one another and often resulted in one or more candidates being withdrawn in favor of the candidate with the best chance of winning.

Doing away with the second round meant candidates no longer needed to receive an absolute majority in order to win.  Furthermore, it eliminated the “political horse trading” preceding second round elections.

The election results can be partially explained by the surprisingly strong showing of the radical right-wing party, Jobbik.  Originally tipped to receive around 18 percent of the vote, Jobbik ended up receiving 20.5 percent of the vote.   In the countryside Jobbik managed to come in second after Fidesz in more electoral districts than the united opposition.

It seems a large number of undecided voters living in the countryside ended up casting their vote for Jobbik.  The result was a dramatic increase in electoral support for Jobbik across the country.  This, in turn, took votes away from both Fidesz and the opposition alliance. 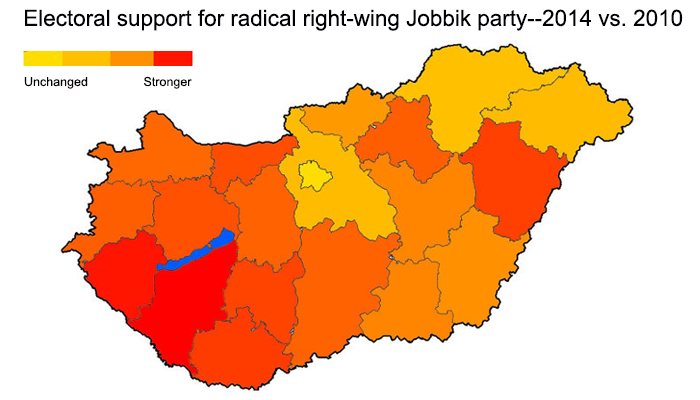 Awarding some 550,000 Hungarians living abroad the right to vote also shored up Fidesz’s electoral support, with a reported 95 percent of voters living abroad voting for Fidesz.

Finally, changes to the method by which so-called “broken votes” (votes cast for losing candidates) was modified to include votes cast for winning candidates beyond the minimum necessary for those candidates to win their respective electoral districts.  This, in turn, resulted in 37 Fidesz-KDNP candidates being elected to parliament from that party’s national list instead of 30.  According to index.hu this one change to Hungary’s electoral system cost both the left-wing opposition alliance and the radical right wing Jobbik party three seats in parliament, and the small liberal party LMP one seat.