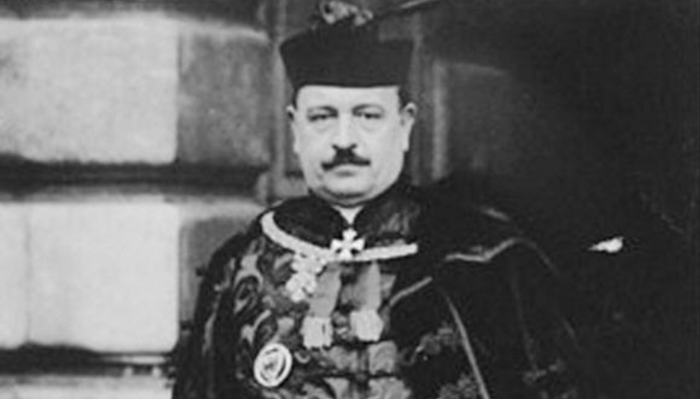 The Hungarian Academy of Sciences has released its opinion report on Bálint Hóman, a controversial wartime leader and vocal anti-Semite, reports nol.hu.

In December, we reported that an organization named after Hóman had received HUF 15 million from the national government to cover the costs of erecting a statue to the controversial member of parliament who played a large role in drafting anti-Jewish legislation during the 1930s and 1940s. The city of Székesfehérvár also provided a place to erect the statue in the city as well as some HUF 2 million.

At the time, the Hungarian Jewish organization Tett és Védelem Alapítvány (“Deed and Defense Foundation”) said it would file a complaint with prosecutors and government offices because of the unlawfully named Bálint Hóman Cultural Foundation. Hungarian law forbids foundations from naming themselves after prominent individuals tied to the country’s authoritarian past.

The entire fiasco drew so much attention that even members of the US Congress and the White House urged the Hungarian government to call off the project.

Eventually, the government, the city of Székesfehérvár and the Bálint Hóman Cultural Foundation backed away from their plans to erect the statue.

The Deed and Defense Foundation refused to withdraw its criminal complaint about the naming of the foundation.

According to the Deed and Defense Foundation, Bálint Hóman is precisely the kind of person the law targets. Hóman was active in drafting anti-Jewish laws in Hungary and continued to play a role in the Hungarian parliament and government following Admiral Miklós Horthy’s resignation as head of state and the appointment of Hungarian Nazi party leader Ferenc Szálasi as the Hungarian equivalent of Der Führer.

The Fejér County Prosecutor’s office took the complaint filed by the Deed and Defense Foundation and turned to the Hungarian Academy of Sciences (MTA) for an academic opinion on the matter.

According to nol.hu, the MTA found that between 1938 and 1942, Bálint Hóman played a crucial role in the creation of laws discriminating against Hungary’s Jewry. By remaining in government following the German “invasion” of Hungary, Hóman’s presence legitimized the authoritarian dictatorship ruling over Hungary. While Hóman was not himself a leading politician in the authoritarian regime, he did in fact play a significant role in Ferenc Szálasi’s regime.

According to the MTA, it is difficult to fully assess Hóman’s role in the authoritarian regimes of his day. Beyond that, the MTA is unwilling to issue a formal academic decision on him. Therefore, reasons the academy, the issue of his role must be one reserved to morals and politics. The MTA recommends that Hóman’s personality – and those like him – be assessed from the impact their legitimization would have on society.