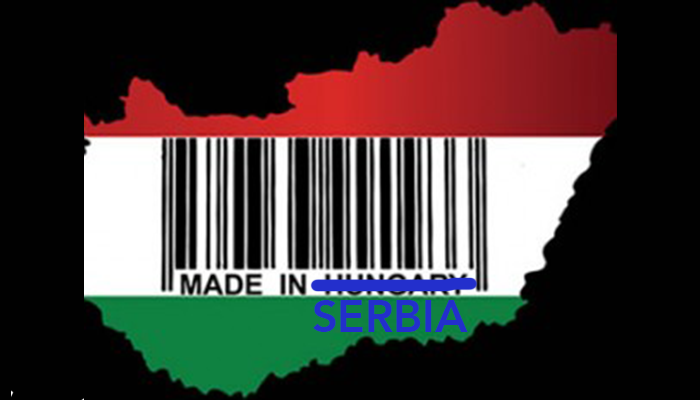 Many Hungarian companies are able to get around Russia’s ban on importing agricultural goods from the European Union by using companies incorporated in countries falling outside the EU, writes Hungarian news site Index.hu.  Rumor has it that the most popular way of getting around retaliatory sanctions imposed by Russia on EU agricultural goods is to export them via Serbia where they can be repackaged and re-exported to Russia.

Russia is looking for ways to loosen its own foodstuff sanctions against countries such as Greece and Hungary, said Russia’s minister for national development on Monday, suggesting the best way to do so would be for the EU to loosen sanctions against Russia.

Kapronczay says Russia’s embargo has had a much more significant impact on other countries such as Poland. In Hungary, the embargo is reflected primarily in domestic price fluctuations. In other countries, unable to export their agricultural goods to Russia, companies are exporting them to Hungary which, in turn, drives down prices in Hungary.

A 2014 study by the European Parliament showed that, based on 2013 economic figures, Russia’s embargo on the EU’s 28 Member States will result in losses of approximately EUR 5.25 billion. Latvia and Lithuania are the biggest losers with losses of EUR 927 million and 841 million, respectively, followed by Germany and the Netherlands with losses of around EUR 500 million.

The owner of Austria-based spice manufacturer Kotányi announced recently that the company would establish operations in Serbia to cater to its Russian market.

Russia’s imports from Hungary between January and November 2014 were some HUF 12 billion less (USD 43 million)than the year before, a drop of nearly 17 percent year-on-year. However, Russia’s sanctions don’t have the same effect on all parts of Hungary’s agricultural sector. Figyelo writes that Hungarian exports to Russia of vegetables and canned-foods have dropped by 9.4 percent in the past two years, and meat exports have fallen 74 percent.