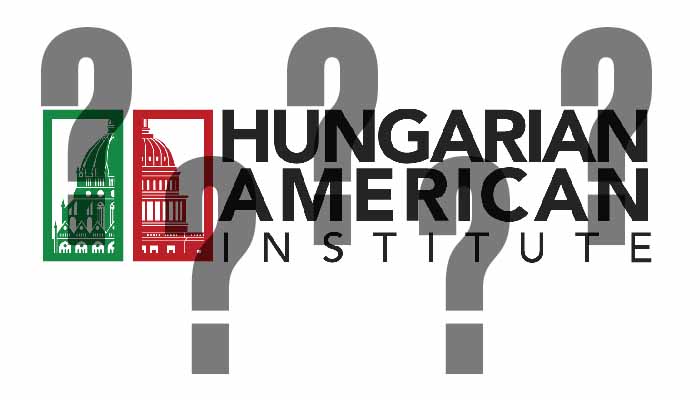 A new organization calling itself the Hungarian American Institute has invited members of the US Congress to meet with a number of Hungarian politicians and business leaders next week in Washington DC, according to a BuzzFeed News journalist, Rosie Gray.

According to Ben May, corporate counsel for Policy Impact Communications, the lobbying firm organizing the visit, a delegation of Hungarian businessmen and politicians that includes three members of parliament will travel to Washington next week to meet members of the House and Senate committees on foreign affairs, especially members of the subcommittees on Europe. The MPs in question are Márta Demeter (MSZP), Gábor Staudt (Jobbik) and László Kucsák (Fidesz).

In May, the House Foreign Affairs Committee’s Subcommittee on Europe, Eurasia, and Emerging Threats convened to discuss “The Future of US-Hungary Relations”.  Witnesses at the meeting included András Simonyi, Director of the Johns Hopkins School Advanced International Studies Center for Transatlantic Relations, Kurt Volker, Executive Director of the McCain Insitute, Tad Stahnke, Vice President of Research and Analysis for Human Rights First, and Hoyt Brian Yee, Deputy Assistant Secretary  at the US State Department’s Bureau of European and Eurasian Affairs.

Originally, Max Teleki, president of the Hungarian American Coalition, and American Hungarian Federation President Frank Koszorus, Jr. were scheduled to participate.  Both withdrew at the last minute, much to the dismay of subcommittee chairman Dana Rohrabacher who was clearly counting on them to offer a testimony portraying the government of Prime Minister Viktor Orbán in a positive light to offset testimony given by the US State Department and Human Rights First.

Rohrabacher did not allow the absence of critical “witnesses for the defense” to prevent him from criticizing or otherwise embarrassing Hungary’s critics, prompting several US experts on Hungary to note that the hearing appeared to be staged, albeit poorly, with a clear prejudice against those expert witnesses whose testimonies were critical of the Orbán government.

What is the Hungarian American Institute and what is it doing?

According to the Hungarian American Institute’s website, the organization “is an international association devoted to promoting trade and business relations between Hungary and the United States, as well as policies in both nations that provide economic growth, personal opportunity, peace, and security for individuals and families”.

Hungarian American Institute’s website also has a “Daily Digest” news section that draws almost exclusively on articles published by Hungary Today, a pro-government English-language news outlet tied to the Hungarian government through the Friends of Hungary Foundation (not to be confused with the Washington DC-based Hungary Initiatives Foundation  financed by the Hungarian government and run by former minister-turned lobbyist Tamás Fellegi).

Aside from the the website’s vague description of the organization and pro-government news section, very little information is provided about the organization’s activities.

BuzzFeed News reports that Hungarian-American businessman Jozsef Szamosfalvi founded the organization because “we don’t like the current lack of communication and where the relationship between the two countries is going, and we decided to do something about it.  The news portal reports Szamosfalvi as saying “We don’t have a political dog in the fight” and “We’re not affiliated with political parties either here or in Hungary.”

Richard Carlson is also a director at Policy Impact Communications, the lobbying firm responsible for organizing the trip, and Ernest Istook is a senior advisor at the firm.

What does the newly formed Hungarian American Institute plan to do with the delegates?

Not much that would actually strengthen US-Hungary relations, according to a copy of the institute’s invitation obtained by the Budapest Beacon.

“We would like to invite you to the Hungarian American Institute’s (HAI) Congressional Briefing Tour, which will include visiting several members of Congress in their offices on Capitol Hill (July 16), meeting with the HAI Board of Directors (July 15), and attending an event for the Inauguration of HAI’s Advisory Board (TBD),” read the invitation.

“This is all part of our efforts to introduce the Institute on Capitol Hill as a new voice in preparation to our Inaugural Annual Event in October of this year and to engage policy makers on Capitol Hill. HAI’s mission is to promote trade and business relations between Hungary and the United States, as well as policies in both nations that provide economic growth, personal opportunity, peace, and security for individuals and families.”

The decision of Hungarian American Coalition President Max Teleki and American Hungarian Federation President Frank Koszorus, Jr. not to testify before the Rohrabacher subcommittee no doubt rankled Viktor Orbán.  Both organizations have received generous grants from Washington D.C.-based “Hungary Initiatives Foundation” led by former Fidesz minister of national development and lobbyist Tamás Fellegi, and funded by the Hungarian government in the form of the foundation’s initial endowment and subsequent budgetary appropriations.