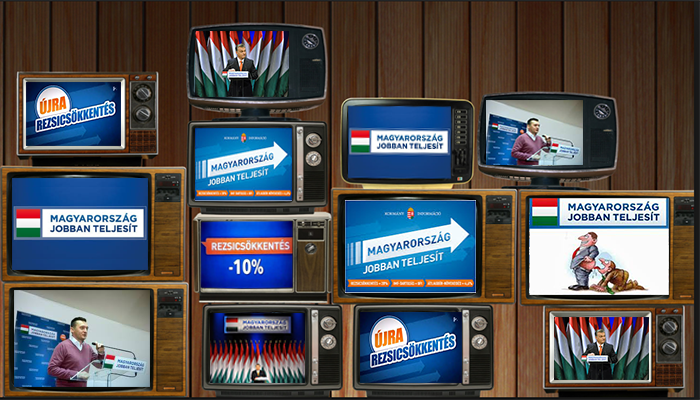 The government has prepared yet another legislative proposal that would stick it to independent media outlets, reports Hungarian daily Népszabadság. The law would restrict a media company’s owner from also operating a sales house.

Without the services of a sales house, media companies would be forced to contract individually with their advertisers.

Citing sources in Fidesz, Népszabadság reports the goal of this new law is to put media outlets critical of the government in a bad position.

The new law would most adversely affect RTL Group, which has been the owner of its own sales house (R-Time) since 1998. R-Time bundles and sells advertising space on RTL’s eight television channels. In 2015, R-Time had revenues of HUF 7 billion (USD 25.4 million) and pulled in a profit of HUF 608 million (USD 2.2 million). R-Time also sells advertising space for 10 other channels, including Comedy Central.

Andy Vajna’s TV2 (which was purchased with state-backed loans) and the Atmedia sales house (which sells advertising space for state-run media) appear to be the big winners of this proposal. Neither is affected by the law because Atmedia technically has no connection to TV2 as it is owned by a company incorporated in The Netherlands.

According to Népszabadság, R-Time’s success in the Hungarian media market is a huge problem for its competitors. So much so, in fact, that Hungary’s Competition Authority started investigating R-Time when Andy Vajna acquired TV2. In January, Gabriella Vidus, RTL Klub’s CEO who previously worked at R-Time, said that TV2 was behind the Competition Authority’s investigation into R-Time.

A number of online outlets would also be adversely affected by the law, including the publishers of Hungarian news sites Index.hu and 24.hu.

Origo.hu, however, which is now owned by National Bank governor György Matolcsy’s cousin, Tamás Szemerey, will not be affected by the law because it does not own or operate its own sales house.

According to Népszabadság, propaganda minister Antal Rogán and Fidesz advisor Árpád Habony (who has already started building his own media empire) have approved the proposal.

This is not the first time Fidesz has gone after critical media outlets. In 2014, Fidesz passed legislation that was tailored to strip RTL of its advertising revenues. RTL’s owner, Bertelsmann, fired back and took the issue to the European Commission. The law was eventually modified to reduce the taxes levied against RTL.