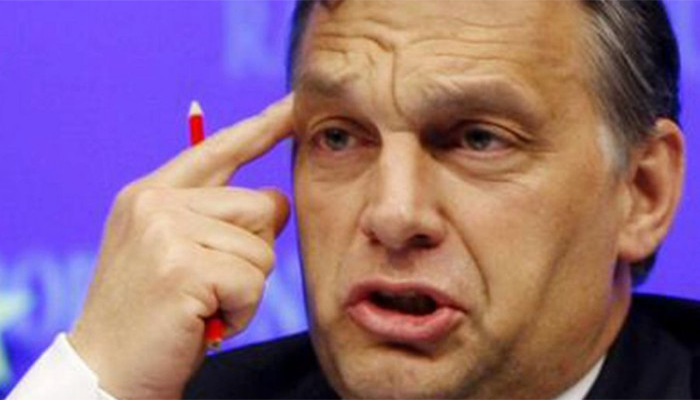 The government of Hungary has decided to consult the Hungarian public on the subject of immigration at a projected cost to taxpayers of HUF 960 million (USD 3.55 million). Regarding the action, the Hungarian Helsinki Committee commented somewhat caustically that “the government wants national consultation camps”.

On Friday international government spokesperson Zoltán Kovács announced that the government planned to intitiate a national consultation on the subject of illegal immigration. Just before that Prime Minister Viktor Orbán told Kossuth Radio that he had approved twelve questions on the subject of illegal border crossers, to be posed to Hungarian citizens in the form of a questionnaire to be posted to each and every household.

The government wishes to know whether Hungary should be allowed to detain illegal immigrants for more than 24 hours despite an EU regulation prohibiting this. Another question asks whether the government should deport immigrants if it can be shown that they only came to abuse the European regulations “encouraging” illegal migration.

Hungarians will also have a chance to say whether they agree with the notion that illegal immigrants arriving in Hungary should contribute towards the costs of their processing and detention.

During his weekly radio interview, Orbán talked about the necessity of protecting Europe’s borders.  According to him it would be better if member states could decide for themselves how to prevent “waves of refugees” from entering the country because current EU regulations “could paralyze the countries”.

Although at an EU summit on Thursday the question of illegal immigration was not on the agenda, according to Orbán at the next meeting in July it will be necessary to find an answer to the question “whether Europe needs immigrants at all”.   In his opinion, the answer is no.

444.hu summarized the words of Hungarian Helsinki Commission co-chair Márta Pardavi as saying that it would be impossible, inhuman and would cost a startling amount if, as Orbán suggests, the illegal border crossers captured in Hungary were obliged to perform forced labor. She says that behind Orbán’s forced labor proposal stands radical right-wing Jobbik’s suggestion that all inmates be required to work as a means of covering the cost of their incarceration.  In her opinion Hungary can neither afford it, nor has any capacity for it, and the immigrants in question would be “seriously traumatized”.

Pardavi thinks it sad that Orbán’s first response to tragedies such as the Charlie Hebdo attack or the recent accident on the Mediterranean sea in which 700 lives were lost, is to arouse xenophobia.

444.hu writes that, according to the co-chair of the Helsinki Committee, Orbán does not understand at all what EU politicians represent in Brussels.  Furthermore, EU law simply does not allow the arrest of all illegal border crossers.  Orbán claims the guarantees of rule of law prevent efficient action.  He wants the freedom to solve the problem however he likes. Disregard for the rule of law does not only apply to Orbán’s refugee policy.  Previously, the Prime Minister distinguished between those who are escaping from war and those who have economic reasons to migrate, but now this border appears to be blurred.

“Thousands of refugees drown in the Mediterranean sea,” wrote the Hungarian Helsinki Committee in a Facebook post. “All this reminds Orbán of his harmful monomania: We do not need aliens! The government would ‘consult’ with the country on a show question for hundreds of millions of forints.”

According to the post it is not a crime to enter an EU country illegally. Almost all asylum seekers are “illegal border crossers”, just like the 200,000 Hungarians who left Hungary in 1956. And they were not imprisoned but given a chance to live normal, productive lives.  According to the plans of the government, in 2015 alone some 37,000 illegal immigrants should have been arrested.

The Helsinki Committee expects answers from the government to the following questions:

Where do they want to detain the tens of thousands of migrants? Hungarian prisons are designed to accommodate 13,000, and these facilities are already operating at 150 percent capacity. Or do they want to detain illegal immigrants on the deserts of Hortobágy?
How does the government propose to reconcile the policy of “immediately turning away” illegal immigrants to neighboring countries such as Serbia?  How is this consistent with the good-neighbor policy?
What sort of forced labor does the government want to impose on raped Afghan children,  tortured Iranian opposition members or the Syrian deserter whose family was killed?

“The deceitful and lavish incitement has to be stopped very soon,” wrote the legal aid organization. “The money could be spent, for example, on mobile toilets, so the migrants detained at the police office at Szeged could say ‘where need is great, help is nearby’.”