Hungarian notables return state medals of every kind in protest 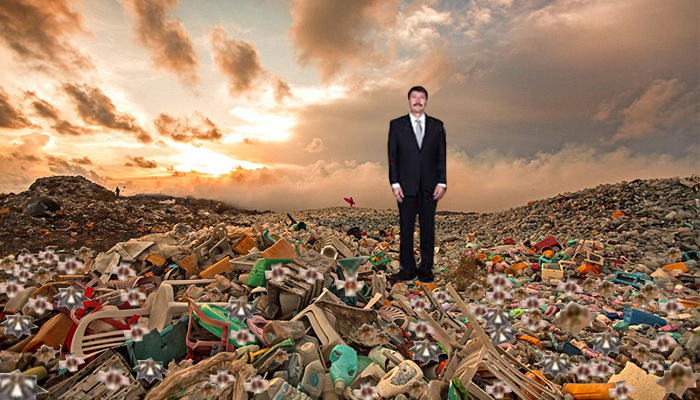 Hungarian notables ranging from musicians and filmmakers to religious leaders are returning a variety of state awards in protest at anti-semitic and anti-gypsy Fidesz publicist Zsolt Bayer receiving the Knight’s Cross of the Order of Merit of the Republic of Hungary last Thursday.

On Tuesday jazz guitarist Ferenc Snétberger announced in Berlin that he was returning his Knight’s Cross by posting the following letter to his Facebook page.

In 2004 I was among those honorably recognized with the Knight’s Cross Order of Merit of the Hungarian Republic.  I hereby immediately renounce the award.

I believe that in addition to the one giving the award, its recipients define the award’s value.  I am ashamed to be associated with this man.  I cannot agree to belong to this community, if only for the sake of my students.  I have to renounce such men, otherwise my body of work would lose its credibility.

Former Organisation for Security and Cooperation in Europe (OSCE) Representative on Freedom of the Media Miklós Haraszti is among the latest Hungarian notables to return his state award in protest at Bayer receiving the honor.

Those returning their awards are not limited to recipients of the Knight’s Cross of the Order of Merit of the Republic of Hungary.  Recipients of other state awards are also doing so to dissociate themselves from Bayer.

Middle Cross recipient Miklós Haraszti, one of the founders of the Hungarian Democratic Opposition Movement who was OSCE Representative on Freedom of the Media from 2004 to 2010, issued the following statement on Wednesday, August 24:

In 2005 I was awarded the Middle Cross of the Order of Merit of the Republic for my role in the creation of Hungarian press freedom.  I wish to publicly announce the following:

Zsolt Bayer has the right to spread his poisonous ideas.  However, by decorating him the government raises these ideas to worthwhile level.  The antidote to the poison is the open rejection of the Order of Merit community.  That is why I am joining those who have surrendered their awards.

2)  I have given my award to the Szalmasz foundation, which helps homeless children, to auction off.   I recommend that those who surrender their awards offer up their awards to similarly useful public goals.

Award-winning Hungarian film director Bence Fliegauf, whose 2012 film “Just the Wind” documented the murder of gypsies in Hungary by vigilantes (at least one of whom was inspired by Bayer’s anti-gypsy op-ed pieces), returned his 2005 Silver Merit Cross. In a lengthy letter addressed to President János Áder, Fliegauf writes:

The longer I witness your activity, in unison with the Hungarian government, the more apprehensive I become thinking about what might have transpired in the Bibó István Dormitory [where the eventual Fidesz founders went to college together] during those years. It is difficult to believe that you won’t admit it: Zsolt Bayer is not interested in journalism — he is an agitator. And make no mistake, agitation is a dishonest activity, similarly to the poisoning of wells, getting others drunk with sinister purposes or spying on your neighbor. Dishonesty and baseness are not qualities worth awarding a Knight’s Cross from the Order of Merit for, simply because they have nothing to do with merit.
I do not have a Knight’s Cross, but I do have a Merit Cross. I haven’t got it from you, but in protest against awarding state honors to Zsolt Bayer, I am sending it back to you. Put it, to say the least, on the heap!