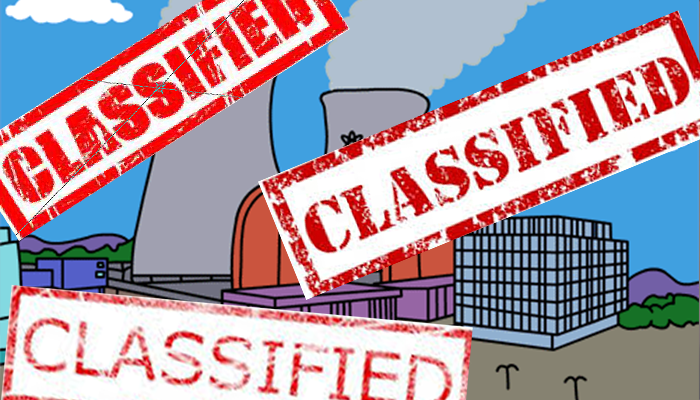 The Fidesz-KDNP-controlled parliament voted on Tuesday to classify all “business and technical information” related to the design and construction of two nuclear reactors at Hungary’s Paks atomic energy plant for thirty years.

The reasons offered by the government in February when parliament classified all information pertaining to Paks II for 15 years was (1) the need to protect intellectual property rights, and (2) the importance of keeping sensitive information out of the hands of terrorists.

Paragraph 5 of the new law stipulates that business and technical information contained in contracts concluded with Russian or Hungarian organizations and their subcontractors “may not be disclosed as information of public interest”.  Nor may information “forming the basis for the decisions related to the contracts be disclosed”.

In the first test of the government’s ability to muster a two-thirds parliamentary majority after its defeat in last Sunday’s by-election in the Hungarian city of Veszprém,  Jobbik MP István Apáti’s absence enabled the Fidesz-KDNP majority to muster up the 130 votes despite Fidesz MP János Bencsik voting to abstain.

Bencsik presently serves as the chairman of the parliamentary economics subcommittee on energy matters.  According to origo.hu, he and the other two subcommittee members may review the contracts pertaining to the Paks II project, but only after signing confidentiality declarations swearing them to secrecy.

Bencsik, who served as an undersecretary for energy matters in the second Orbán government, has openly criticized the government’s energy policy.

The agreement concluded last year between then-minister for national development Mrs. László Németh and her Russian counterpart, provides for the two 1.2-megawatt reactors to be designed and built by the Russian State Atomic Energy Company (Rosatom).  It also provides for Russia to lend up to EUR 10 billion (HUF 3050 billion) to Hungary at an annual interest rate starting at 3.95 percent but increasing to 4.95 percent over time.

Proceeds of the loan, which can be called down during the planning phase, are not to be remitted to Hungary but rather to Rosatom and Russian companies responsible for preparing the project.  According to the Hungarian Office of the Prime Minister, the estimated cost of the project is EUR 12 billion, or just over EUR 1,200 for every man, woman and child living in Hungary.  However, critics point out that, in the absence of detailed plans or feasibility studies, the project could easily end up costing twice as much, especially as such projects tend to go substantially over budget.

Certain critics, including former Fidesz MP and undersecretary for environmental and water protection Zoltán Illés, claim the project is not economically feasible and will never be built.  Illés warns that the Hungarian government is likely to incur huge expenses over the next five years planning the project.

According to the government, the two new reactors are to come on line in 2025 and 2026, that is some seven years before the first of two existing reactors are due for decommissioning.

Opposition parties LMP, Together, PM and DK have written to Hungarian President János Áder asking him not to sign the secrecy modification.

A statement issued by the Hungarian Socialist Party (MSZP) said “the Fidesz caucus deserves the title of the most corrupt group of representatives of all time.”

Dialogue for Hungary (PM) accuses the government of codifying a “gigantic theft” into law.

Politics Can Be Different (LMP) says classifying information of this nature violates international agreements as well as Hungary’s fundamental law.

Radical right-wing Jobbik stated that “it is also possible to steal a huge amount of money in pursuit of a good objective”.