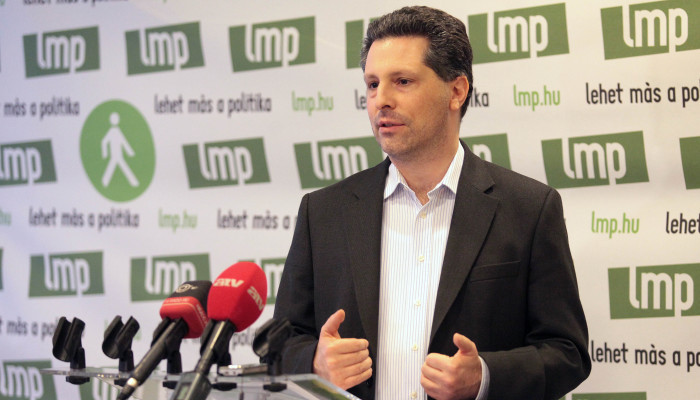 The following statement was issued to state news agency MTI by opposition party Politics Can Be Different (LMP) on November 3rd, 2015:

LMP believes the governing parties are not interested in society clearly seeing how the communist state security influenced the political and economic system change, and how the former party state persons contributed to the looting of the state and incredible enrichment.

At a press conference held on Tuesday co-chair and co-head of the parliamentary fraction András Schiffer condemned the fact that the national assembly rejected for the tenth time taking up the issue of opening the secret files which they once again tabled.

In this matter they would also prescribe that the National Memorial Committee prepare a register of those who also held public positions after October 23rd, 1989 who were also stakeholders in the earlier state security organs.  In addition, they would pass a law guaranteeing access to the Moscow files pertaining to Hungary.

Schiffer believes the old parties are cooperating more and more closely with criminals, as proved by the fact that, even though Fidesz has been in power for five years, to this day they have yet to indict anyone for the events of 2006, when police brutally wounded innocent people or pushed the frantic crowd onto the crowd of Fidesz supporters.   He condemned all the parties (sic) that are classified as court judgments, referring to the judgment of first instance involving police leaders.