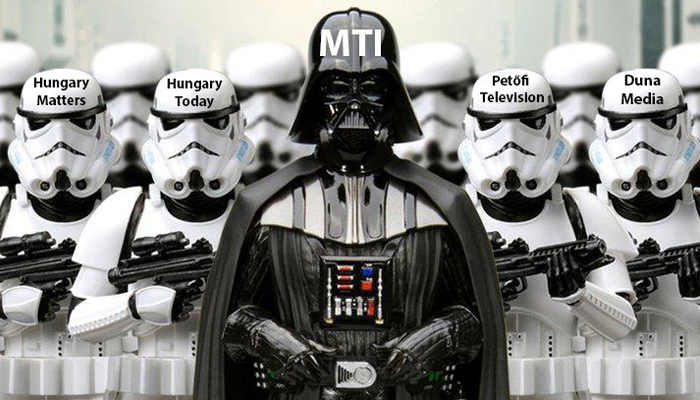 According to an public statement published on their website, the new program structure of Hungary’s public television company (MTVA) will include Duna as the new “main channel” of public television, while M1 will convert into a continuous news service providing programming in Hungarian as well as English. Menyhért Dobos, director of Duna TV, described the latter as a “historic moment” in Hungarian media, being the first ever daily English news programme introduced by Hungarian-speaking television. The Hungarian state media asked Simon Jago, a graphic designer previously working with BBC World Services and Al Jazeera, to work on the new corporate identity of MTVA.

The news service on M1 channel will be complemented by a refurbished weather program “expanding its scope to the Carpathian basin and Europe,” plus new political discussion programs. Besides domestic and foreign policy magazines, this will include programs dealing with such issues as the EU, Hungarians beyond borders, education, technology and innovation, and religion. The closing moment of the day program will be the English news broadcasted throughout the world.

A merger of so-far individually operated public television channels MTV and Duna TV under the name of Duna Media was announced at the end of December. Now it has been announced that a new studio will be designed by Jago for M1 to begin operation around mid-March.

Government-funded state media has reportedly been planning the expansion of its outreach to non-Hungarian speakers for a long time.   The Fidesz-KDNP government initially responded to growing international criticism in 2011 by launching an English-language blog in an attempt to refute or discredit unfavorable claims about the Orbán government.  The blog was originally written by state secretary for communications Ferenc Kumin, who is currently heading Hungary’s consulate in New York.

In 2013, MTVA launched Hungary Matters, a daily online English-language digest of news published by the Hungarian State News Agency (MTI).  The move aims to promulgate the standpoint of the government in a form that is directly accessible to the international public through MTVA’s satellite services broadcasting in Europe as well as overseas.

A number of new English-language media outlets came on-line in 2014, including Hungary Today.  Many are reportedly funded directly or indirectly by the Hungarian government or various prominent Fidesz supporters, which explains their tendency to draw news items primarily from MTI and MTVA and to republish them uncritically.

MTVA is not alone in its efforts to counterbalance foreign criticism of a government, in this case Prime Minister Viktor Orbán’s. RT (formerly Russia Today), an English-language news service funded by Russia, was launched in 2005.  Tens years on, RT is the main source of state news in Vladimir Putin’s Russia, employing professional British and American journalists, and appealing to readers critical of US and EU policies around the world.

M1 has often been criticized for its recurrent unwillingness to separate news and opinion. Recently, a political magazine promulgated claims that an international conspiracy of journalists exists to topple the Orbán government on orders issued by the US secret services and “international plutocrats.” The program featured well-known representatives of anti-US conspiracy theories, as well as Udo Ulfkotte, a pro-Russian activist and former German war correspondent.

Others channels to be launched by state media at the same time include M4, a new sports channel, and Petőfi Television aimed at teenagers and young people.