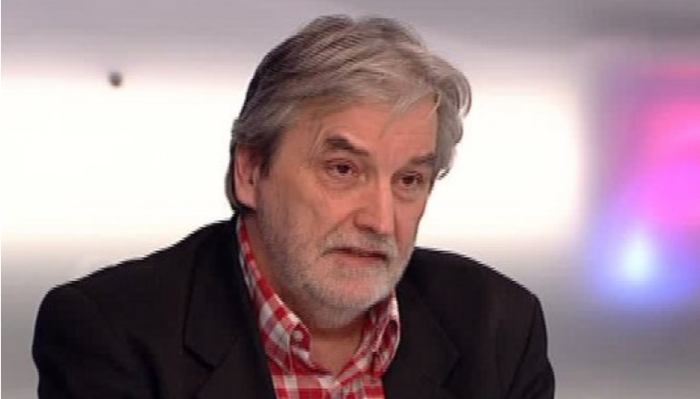 The truth does not depend on how loud one shouts – László Mendrey, president, Democratic Trade Union of Teachers

On Wednesday a petition will be delivered to the Office of the Prime Minister by the Democratic Trade Union of Teachers (PDSZ).  On Thursday they will held a demonstration.  PDSZ president László Mendrey says there is a very serious crisis unfolding, and that in light of the fact that previous negotiatons have not yielded results, demonstrations remain the only means of exerting pressure.

Over the past few weeks, a series of “reforms” have made it clear that there is a crisis in our country’s education system like never before.  These reforms include school closures that have been started without consultation, have not been thought through, and are unprofessional, as well as actions to combine kindergartens.  Reforms to higher education are improvised and being implemented with disregard for the opinions of those affected.  PDSZ president László Mendrey told ATV on Tuesday that students and parents want to say no to the destruction of public education by holding a joint demonstration with teachers, the “We won’t give over the future”.

The most important demand of the petition is the restoration of a separate ministry for educaiton.  The areas falling under the jurisdiction of the Ministry for Human Resources (EMMI) are plagued with scandals, and a very serious crisis is unfolding, says Mendrey.  It is not by coincidence that demonstrations are being held these days by public workers in healthcare, education, and the social sphere.

The emphasis of the demonstration is not on the teachers but on education.  For this reason the petition focusses on certain questions, like how to prevent every second high school graduate from going abroad to study.  They also demand the end of segregation, real integration, and the expansion of public education, added Mendrey, who says the trade union favors holding demonstrations since negotiations have not brought about the desired result.

Mendrey said that the government continuously violates the law in its failure to decide what constitutes “adequate service” in the event of a strike.  He said that the Klebelsberg Institutional Managenet (KLIK) acts unethically when it terminates the employment of a number of employs in order to rehire them as public workers at a fraction of the cost.  Last week PDSZ announced that the number of public workers employed at the KLIK increased 86 percent not because they hired new people but because many of those who job it is to help teachers requested public work status.

“The truth does not depend on how loud one shouts” says Mendrey, referring to recent government pronouncements denying that “experts” had been replaced with public workers.

The demonstration starts at 6 pm in the Blaha Lujza square, whence the demonstrators will march to the EMMI building in the Szalay street.   As of Wednesday afternoon around 1500 had RSVP’d on the event’s Facebook page they would attend.

In addition to Mendrey, the initiator of the black-clad nurse protest movement, Mária Sándor, will speak, as well as civil organizer Zoltán Vajda and Budaörs Mayor Tamás Wittinghoff.

Their educators’ demands are the following: