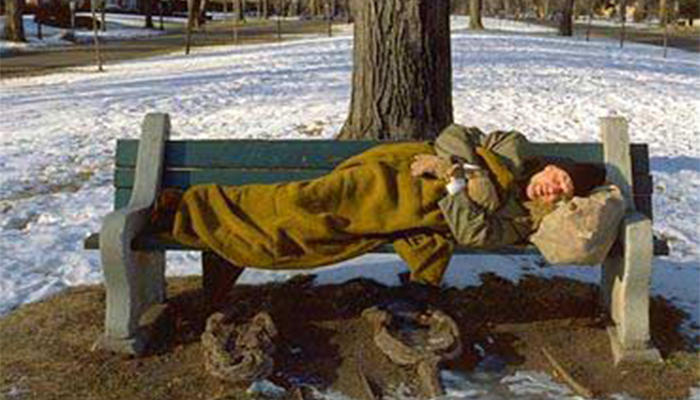 80 people have frozen to death in Hungary so far this winter, 27 of them in their own apartments, according to a report issued Friday by the Hungarian Social Forum (MSZF). The number of deaths is nearly double the rate for the same period last year, and as temperatures fell this week to their lowest this season with even colder nights expected this weekend and next week, the National Meteorological Service has encouraged Hungarians to pay extra attention to the homeless and people living alone, especially the elderly, to prevent further deaths.

If you see someone on the street who appears threatened by the extreme cold, or are concerned for a neighbor you suspect may be in danger, please bring them hot tea, soup, hot food, blankets or clothes. In an emergency, please call paramedics (104) or emergency services (112) immediately.

Menyhely Alapitvány (Shelter Foundation) operates a dispatcher service in Budapest and Pest county, which can be reached at +36 1 338 4186

The MSZF report indicates that people who have a place to live but can’t afford to pay for heating are increasingly at risk of death by freezing. A survey conducted in November by Hungarian NGO Menyhely Alapitvány found that ill or elderly people in small towns are at the highest risk of succumbing to indoor hypothermia. The survey also found that two-thirds of those homeless people living in public areas are not in Budapest but in smaller rural cities, where most cases of outdoor hypothermia occur. Of the country’s nearly 15,000 homeless people, up to 4,000 spend their nights on the streets. While most of Budapest’s homeless population find places in shelters during the winter months, several hundred people who are unable to care for themselves due to physical and mental illnesses are currently sleeping in the streets of the capital.

Hungary’s approach to homelessness made news worldwide when the Budapest city council passed an ordinance in November 2013 essentially outlawing homelessness in much of the city. Debrecen, Hungary’s second-largest city, passed a similar ordinance later that month, and the southern town of Pécs adopted a similar ordinance after mayor Zsolt Pava spent millions of forints of taxpayer money on a flyer campaign demonizing the homeless. The ordinances vaguely outlawed anything resembling a “homeless lifestyle,” and criminalized loitering, sleeping rough in public areas and rummaging through garbage cans. Stripping state recognition of hundreds of religious organizations through Hungary’s so-called church law also resulted in the closure of many homeless shelters.