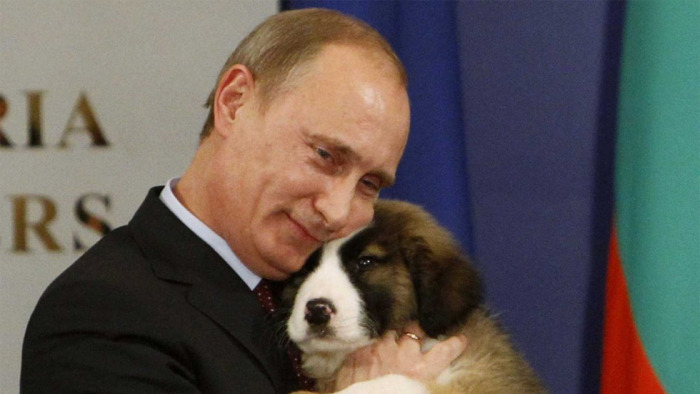 Russian President Vladimir Putin’s visit to Budapest last week inspired mixed reactions in the international media; some speculate that the international visit, Putin’s first since the election of US President Donald Trump, signals an attempt by Russia to use Hungary to end crippling sanctions. Hungary has repeatedly called for the end of sanctions imposed on Russia after its annexation of the Crimean Peninsula from Ukraine, and has also concluded a deal worth EUR 12 billion for the construction of two additional nuclear reactors at Hungary’s Paks nuclear facility, to be built by a Russian company and financed by a Russian bank. Coupled with the frequency of Prime Minister Viktor Orbán’s meetings with Putin (the two have met once a year since 2009), Hungary’s dramatic closening of ties with the Kremlin has raised questions about the stability of the European Union, and of Russia’s intentions toward the bloc and what role Hungary might play. 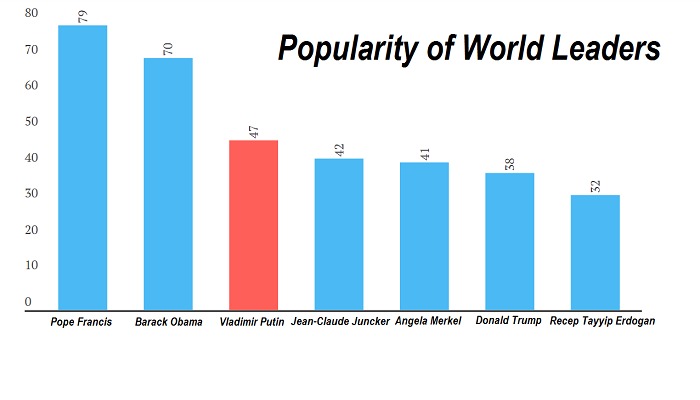 According to Závecz Research president Tibor Závecz, the popularity of the Pope and Obama far surpass that of any Hungarian politicians.

“Popularity ratios this high — 79 and 70 points on a 100-point scale — were only characteristic of politicians and public figures during the first decade after the system change,” Závecz said, referring to the 1990s in Hungary.

But the figures don’t represent a consensus among Hungarians; party affiliation substantially affected perception of foreign leaders. Voters from the political right in Hungary, including supporters of the increasingly eurosceptic Jobbik and Fidesz parties, tended to prefer “heavy-handed” leaders such as Putin and Erdogan, while supporters of the Hungarian Socialist Party (MSZP) and leftist Democratic Coalition (DK) tended to prefer leaders characterized by compromise and diplomacy.

Fidesz and Jobbik supporters overwhelmingly preferred Putin to Merkel. However, MSZP supporters also narrowly favored Putin to the German Chancellor: 51 percent had a favorable opinion of Putin against only 47 percent for Merkel. Only DK voters viewed Merkel more favorably than Putin.

The poll also revealed that Fidesz voters prefer Putin to Erdogan, Juncker and Merkel by a wide margin. However, the European leaders are so disliked among Fidesz supporters that Erdogan, whose hard-fisted regime is often compared to Russia, is marginally preferred. 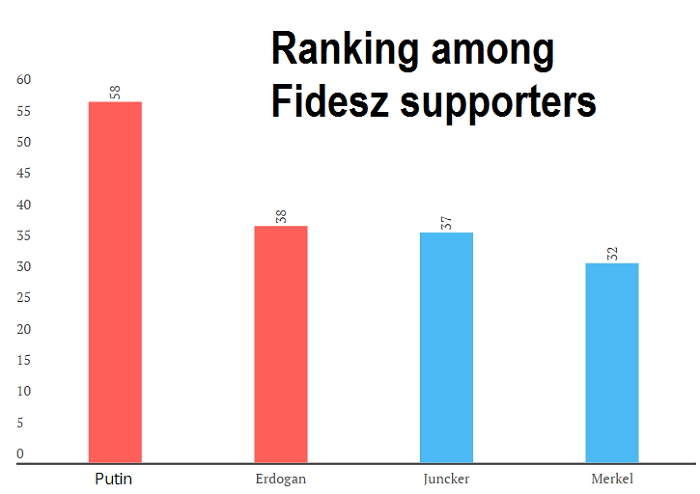 While right-wing authoritarian leaders were more favored in the poll, there was an exception to the rule. Former US President Obama enjoyed high favorability across the political spectrum in Hungary, especially when compared to his successor; he was more popular even among Fidesz and Jobbik voters than President Trump. 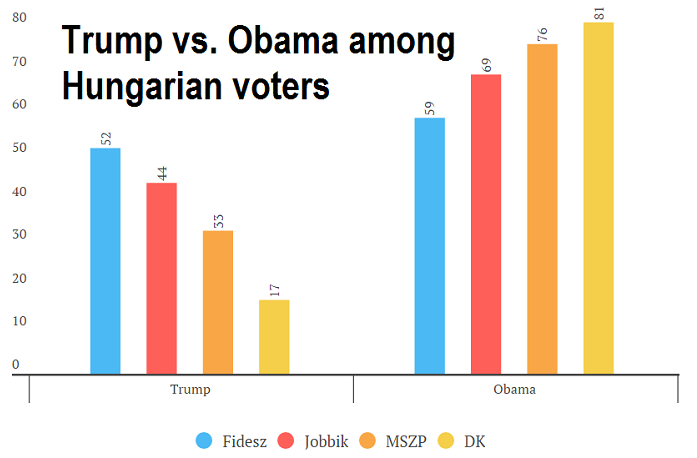