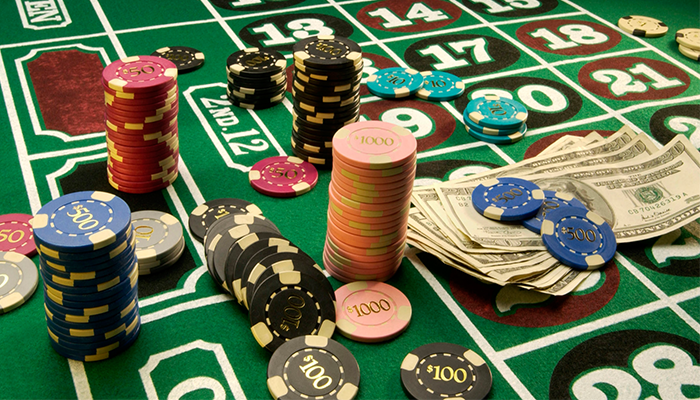 The Minister for National Economy, Mihaly Varga, announced on Tuesday that it had awarded a concession to operate five casinos in Budapest and Pest county to Las Vegas Casino Kft., a company owned by Hungarian-American film producer Andy Vajna.

Andy Vajna is the government commissioner in charge of the Hungarian film industry.  In 1989 he founded Intercom Ltd., Hungary’s biggest movie and DVD distributer.

The Ministry announced that separate concessions to operate one casino each in Debrecen and Nyiregyhaza have been awarded to Aranybonusz 2000 Kft., a company owned by Debrecen businessman Gabor Szima. Former owner of the Debrecen football club, Szima is reputed to be one of the richest businessmen in Debrecen, the home town of Fidesz deputy chairman and Debrecen mayor Lajos Kosa.  It is not known when Mr. Szima has any prior experience operating a casino or other gaming establishment.

The president of the Hungarian Gambling Alliance (MSzSz), Istvan Schreiber, resigned his position in protest shortly after Tuesday’s announcement, telling origo.hu “I felt like Pal Kiralhegyi when he was kicked in the ass by a capo while performing forced labor.  He also said: You know what? I’ve had enough of the whole thing!”

MSzSz’s 300 members lost their livelihoods (and the organization its raison d’etre) virtually overnight after the government abolished slot machines by government decree in October 2012, purportedly for reasons of national security.  At the time the government also pointed to the fact that a large amount of money was being squandered on slot machines by those who could least afford it.

Critics at the time suspected that the government abolished slot machines in preparation for selling national gambling franchises.  They also accused the government of invoking national security in order to justify not awarding the casino concessions via public tender.

According to the statement released on Tuesday by the Ministry for National Economy, the seven new casinos are expected to pay some HUF 4 billion (USD 18 million) in annual concession fees and generate HUF 1 billion (USD 4.5 million) in VAT revenue every year. Furthermore, they are expected to create jobs and generate tourism.  The casinos are to operate under “strict governmental supervision”.

In 2012 the government modified the law on gambling to ban slot machines from bars, restaurants, and other public areas.  The law provides for gambling concessions to be issued for a maximum of ten years and requires casino operators to be well capitalized and be of “reliable quality”.

Vajna’s Las Vegas Casino Kft. reportedly had HUF 3.8 billion in revenues in 2012, 30 percent (HUF 1.1 billion) of which was remitted to the government in the form of a gambling tax in addition to a HUF 791 million concession fee.   Last year parliament modified the law so that from November 2013 the gambling tax payable is reduced by the amount of the concession fee.

According to the Ministry, the new system prevents organizations dealing in money laundering and other crimes from presenting a threat to national security.  The modified gambling law regulates the kinds of gambling tables and machines the casinos may use and requires that casino activities be recorded on video.