Hungary drops to fourth most corrupt country in EU, according to annual TI survey 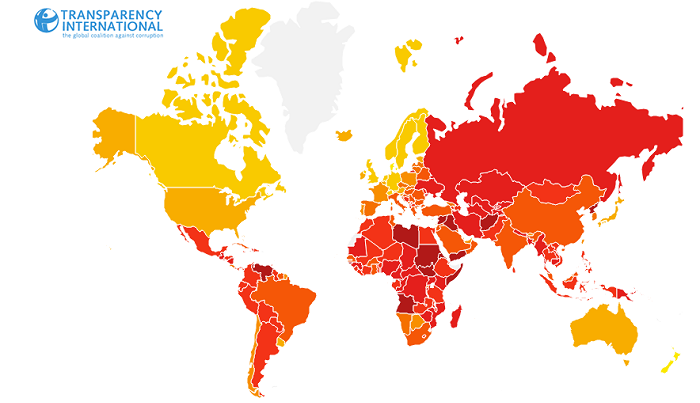 Hungary slipped down seven places in the Corruption Perceptions Index (CPI) prepared by anti-corruption organization Transparency International (TI), according to a TI press release. Hungary achieved its lowest score in the last six years with 48 points on a 100-point scale, and its anti-corruption performance has strikingly deteriorated in comparison to the European Union and the Central-Eastern European region. The global average on the index was 43 points in 2016.

Hungary dropped three points since last year, and is the fourth most corrupt country in the European Union, surpassed only by Italy, Greece and Bulgaria. Hungary ranks as the second most corrupt among countries in the Central and Eastern European region, surpassed only by Bulgaria. Worldwide, Hungary is tied with Jordan and Romania in the 57th position from the top. Hungary was slightly more corrupt than Malaysia, Croatia and Slovakia, and slightly less corrupt than Cuba, Italy and Saudi Arabia. This is the first time since 2012 that Hungary has dropped below 50 points on the index.

The study, performed in conjunction with 12 international institutions, surveyed 176 countries around the world. The Scandinavian countries – Denmark, Finland, Sweden and Norway – plus New Zealand and Switzerland continued to lead the global rankings, and Canada and the Netherlands also made it into the top ten. According to TI, democracy is stable in these countries and the economy is functioning. Public power works transparently and accountably, the press is free, human rights are observed, and the judiciary is independent.

Libya, Sudan, Yemen, Syria, North-Korea, South-Sudan and Somalia remain at the bottom of the list. Corruption causes huge poverty in these countries, and for lack of a responsible state leadership serving citizens, they can be considered dictatorships, the press release reads. 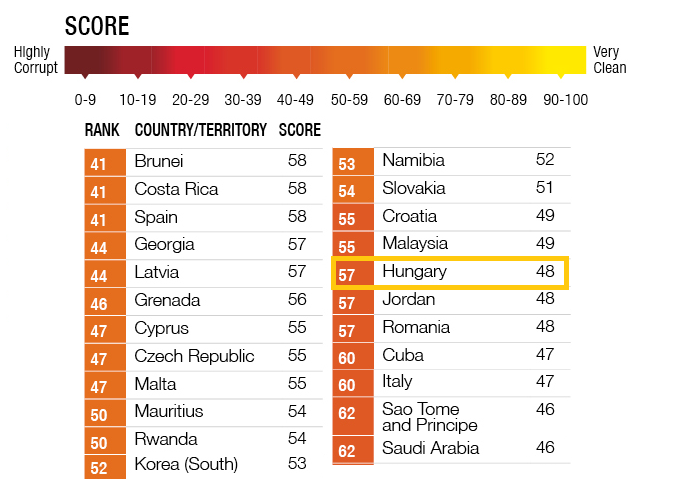 The CPI  measures corruption in the public sector by surveying the opinion of experts and businessmen on the level of corruption of the public institutional system, the economy and society. Corresponding data was available on 176 countries in 2016, and Hungary was assessed based on 9 different sub-factors. TI defines the scores of the sub-factors on a scale from 0 to 100, where 0 marks highly corrupt countries and 100 those least affected by corruption.

Transparency International’s Hungary branch found that there is a strong correlation between corruption and GDP per capita within the European Union. “Corruption also disrupts economic development in Hungary,” said József Péter Martin, executive director of Transparency International Hungary. As he pointed out, corruption results in an uncertain business environment, which in turn leads to a deterioration of competitiveness and income disparities.

According to the survey of the World Economic Forum at the end of last year, while Hungary was the 28th most competitive economy in the world in 2001, it only ranked 69th on the competitiveness list last year. The perception of public institutions is outstandingly bad: from 26th place in 2001, the country slipped to the 114th by 2016 in this respect. According to TI, businessmen in Hungary named regulatory uncertainty and corruption as the main obstacles to running a successful business.

“The competitiveness of Hungary’s economy is not only drifting increasingly far from the EU28, but also from countries in the region, the main reason for which is the inappropriate operation of public institutions,” said József Péter Martin. “Bias and corruption have become fundamental traits of the system in Hungary.” 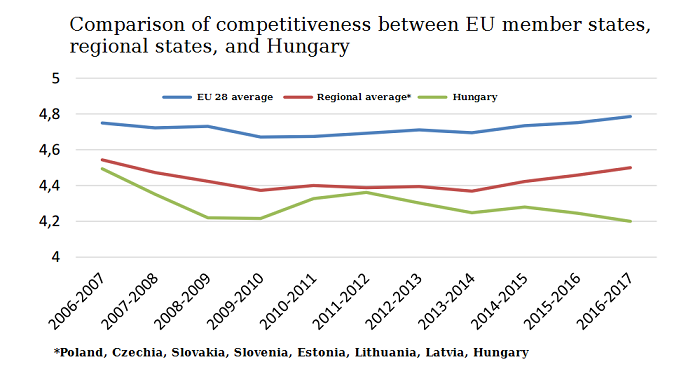 A summary of the report can be found on TI’s website. The full report on Hungary can be read in Hungarian here.