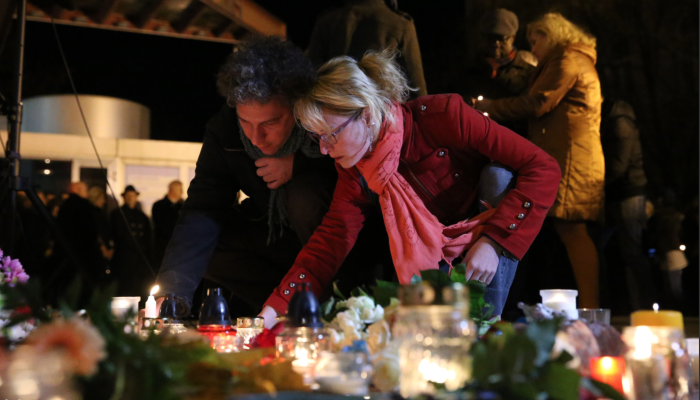 Throughout Saturday Hungarians expressed solidarity with France and the victims of the Paris terrorist attacks by depositing wreaths, flowers, and lit candles in front of the French Institute on the other side of the Danube.