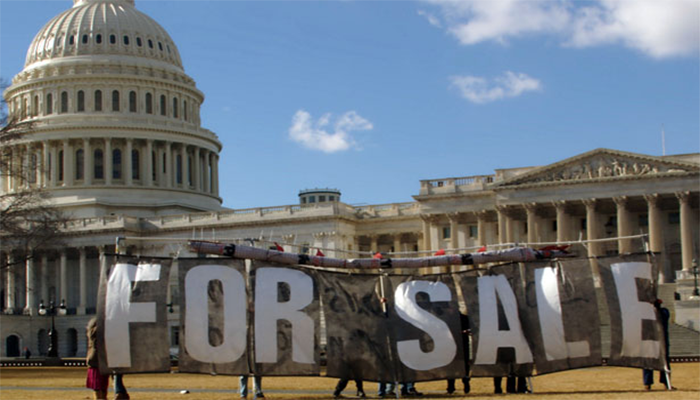 (An earlier version of this article incorrectly referred to stipends and/or cost of living allowances paid to Congressional interns as “salaries of Congressional staff”.  We apologize for the unfortunate choice of words. -Ed.)

The Hungary Initiatives Foundation has awarded USD 1,662,407 worth of grants to scores of US-based organizations and a number of Hungary-based organizations since being incorporated in 2012, including sizable donations in the months leading up to the national and European Parliament elections of 2014 – according to documents sent to online investigative journalism website atlatszo.hu in response to a Freedom of Information request filed with the Prime Minister’s Office.

The US-based foundation was established in 2012 using Hungarian public funds as directed by Prime Minister Viktor Orban. It turns out that the Hungarian government is paying the expenses of US Congressional interns, sponsoring many events in Washington D.C. and awarding “website grants” to a number of organizations whose precise name and address have yet to be disclosed.

Plans to establish the US-based foundation were published at the end of 2012 in the Hungarian Gazette. USD 15 million was appropriated from the now-defunct Ministry of National Development to provide start-up capital and serve as its initial endowment. Soon after the foundation’s incorporation, ownership rights for the following fifty years were transferred from the ministry to the Prime Minister’s Office. Since then the government has also made annual budgetary appropriations to the foundation.

In October 2013, the Budapest Beacon contacted the Prime Minister’s Office to inquire as to the status of the “Friends of Hungary” foundation after Facebook suspended a page belonging to an organization known as “The Friends of Hungary”.  At that time the Prime Minister’s Office informed us that “the Hungarian government has no affiliation with a ‘Friends of Hungary’ organization” and was unable to provide any information about that organization.  It turned out that the foundation had been registered under the name “The Hungary Initiatives Foundation” at the same address as the Hungarian American Coalition, whose directors include a number of prominent American-Hungarians, including a former vice-president of the IMF.

Recently investigative journalism website atlatszo.hu submitted a Freedom of Information request asking for information about the foundation’s financial activities.  The Prime Minister’s Office responded that, due to a contractual agreement with the foundation, no details regarding the USD 15 million endowment could be provided. However, the government did provide atlatszo.hu with some materials purporting to illustate how some of the money was used.

Perhaps the most interesting donation made by the Hungarian government’s foundation went to the Hungarian American Coalition. The organization was given $224,000 for a congressional internship program. The sum represents the first installment of the total $260,000 donation for the program.

Recently, the Hungarian government has criticized Norway and other foreign governments for allegedly interfering in Hungary’s domestic politics by financially supporting organizations close to political opposition party Politics Can Be Different.  And yet it appears the Hungarian government has no qualms about using Hungarian taxpayer money to pay the expenses of  Congressional interns. The Hungarian American Coalition’s advertisement calls on ethnic Hungarians from Hungary, Slovakia, America, Romania, Serbia, Croatia or Slovenia to apply for the internship program. What the advertisement neglects to mention is that the program itself is funded (at least in part) by the Hungarian government. It is not yet known which US members of Congress are participating in the program, and whether they themselves are aware who the program’s patron is.

To date the Hungary Initiatives Foundation has distributed some HUF 50 million (USD 222,900) to 14 organizations for arts/culture-related projects. Of this, roughly HUF 37 million (USD 162,800) was distributed in the months leading up to the Hungarian general election of April 6, 2014.

While the list obtained from the Prime Minister’s Office does not specify the full legal name or address of the grant recipient, it does show that Hungary’s Franz Liszt Academy of Music and the Budapest-based Jakab Glaser Memorial foundation received almost HUF 9 million (USD 40,000) and HUF 2.6 million (USD 11,500), respectively.

As in the case of the artistic- and culture-related grants, the official names and addresses of the organizations were not included in the list.