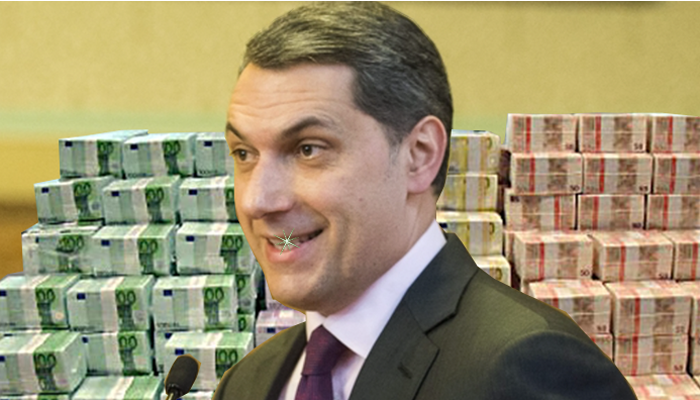 Both Lázár and Kovács had a hard time explaining whether the prime minister actually vetoed a proposal at the European Council summit in Brussels on Monday. During the summit, Hungary’s state-run media began reporting (and Kovács even tweeted) a story to the effect that Orbán alone had vetoed a proposal, throwing a wrench into the proceedings. It was soon discovered that Orbán hadn’t vetoed anything because a debate was taking place and a number of EU Member State leaders took issue with the Merkel-Davutoğlu proposal.

Lázár subtly opened discussion on the issue by saying there has been a debate about “veto, no veto, who said what, who did what,” and that the Prime Minister had asked him to inform the press about what happened in Brussels.

Kovács continued: “This isn’t about beliefs, it’s about facts…. On that concrete issue that made public, the prime minister vetoed. I don’t know why this has to be debated. This is what happened.”

Lázár explained the government’s decision to declare a state of emergency by saying it was a “cautionary” measure. He reasoned that the “cautionary” state of emergency was declared because the interior minister was the one who proposed it, even through the situation did not warrant or meet any of the legally-defined conditions to be declared.

“The minister is not limited to declaring a state of emergency only if certain key objective conditions are met,” Lázár said.

He said the auctions of 27,000 hectares of state land had realised a total HUF 38 billion (USD 135 million), and the government plans to sell 140,000 hectares this month.

“Next up is a reduction in bureaucracy in education,” Lázár said. The government was moving forward with its Public Education roundtable and education undersecretary László Palkovics would make recommendations on how to reform KLIK, the central state agency for managing schools, sometime after Easter.

The government is working on creating a new system for deciding how EU funds are dispersed in Hungary, Lázár said, and would hire some 3,000 individuals to decide who will be awarded EU-backed public contracts in Hungary. While plans for the new system had not yet been officially unveiled, the government would no doubt make a decision soon.

According to Lázár, the government has already announced public procurements to the tune of HUF 4.5 trillion (USD 16 billion) (almost half of the total EU funding to Hungary) for the current EU funding period that ends in 2020. The goal, as stated earlier by Lázár, is to use up all funding from this cycle by summer 2017.