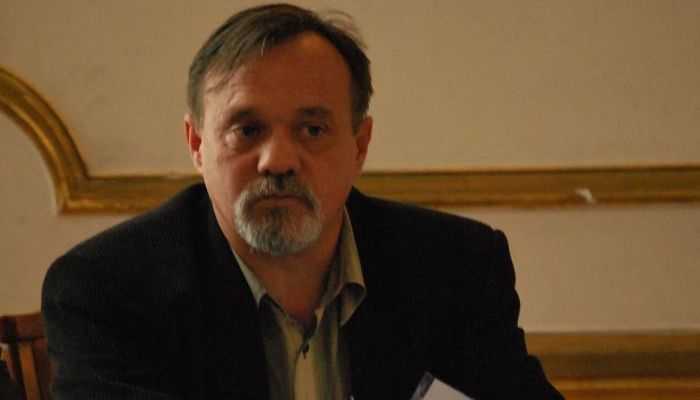 Pro-government HírTV’s weekly investigative programme Célpont (Target) ran a story on Saturday about allegations of severe fraud committed by members of the Hungarian Muslim Community. HírTV claimed that community members asked millions in bribes in exchange for their backing of social institutes. According to Hungarian legislation, civil organizations can apply for 1.5 times more social aid when backed by a registered church charity.

The television program also presented what seemed to be a recorded conversation between Muslim community leader Zoltán Bolek (pictured) and the representative of an old-age home in northeastern Hungary regarding the amount of the bribe the latter is supposed to pay the church leader. The old-age home director later reported Bolek and the Muslim charity for corruption.  The case is reportedly being investigated by the National Tax and Customs Administration (NAV).   Zoltán Balog, Minister of Human Resources, also announced a probe into the case in HírTV’s Sunday evening news program.

Hungary’s Muslim Community posted a statement on its website denying the allegations and condemning “every attack or baseless accusation capable of presenting the community or its leaders in a bad light, and making their lives impossible.”

The community was founded with the help of Muslim converts aiming to follow in the footsteps of Gyula Germanus, who registered the first Muslim religious organization of Hungary in 1916. Bolek, its long-time representative, is a known commentator on Islamic issues.

The investigation was announced days after Prime Minister Viktor Orbán and Fidesz caucus leader Antal Rogán made public statements critical of economic migrants whose “culture is alien from Hungarian culture.” In reaction to the Paris terror attacks, Orbán made it clear that immigrants originating from outside of Europe are not welcome in Hungary.