Hungary: No country for economic migrants 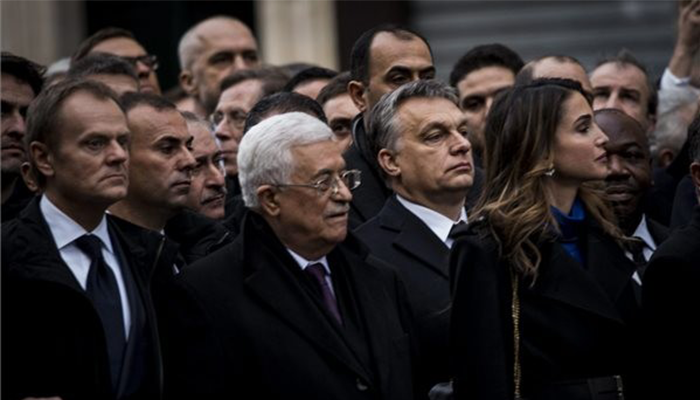 Reacting to last week’s series of Islamist terror attacks in Europe, Viktor Orbán, Hungary’s Prime Minister, once again expressed his opposition to Western Europe’s “liberal immigration policies.” Besides condemning the events as a “brutal act of terror”, Orbán made a series of comments during the weekend, including a statement given to the Paris correspondent of the Hungarian News Agency (MTI) in which he declared that Hungary “will not allow economic immigrants to settle down” in the country.

“Europe should be able to defend itself. Nowadays however, political correctness does not offer protection against ruthless barbarism any more. Hungary has dedicated itself to defend European values, and will participate with its own power in this struggle of vital importance.  However, it has become clear that European politics of today are unable to protect the European people. We need new politics, new machineries of defense, and stabilizing factors that would prevent movements and leakages that are threatening our security.”

Antal Rogán, Fidesz caucus leader and a close colleague of Orbán in ruling party Fidesz, further elaborated on the notions articulated by the prime minister in an interview given to Hungarian state TV:

“It can be seen that in Western European countries, for example in the United Kingdom, France and Germany, the presence of Muslim communities overturns the inner order of Christian countries. […] It is not in the interests of Hungary to receive economic migrants.  They bring traditions that are completely alien from Hungarian traditions.”

Coming on the heels of earlier comments about the end of liberal democracy, Orbán attributing “responsibility for the Charlie Hebdo attack” to “liberal Western policies on immigration” raised some eyebrows in the French and German media. His views also triggered protest against his presence at the Marché Republicaine (March for the Republic) in Paris on Sunday.  The French edition of Metro News criticized Orbán’s invitation as “questionable”, putting him in the company of Gabonese president Ali Omar Bongo and Russian foreign minister Sergei Lavrov:

“It is true that these guests here are not really the apostles of freedom of expression and respect for civil liberties in their own country. Since taking power in Hungary, Viktor Orban, chairman of Fidesz, an ultra-conservative and populist party, has been particularly criticized for his crackdown on the press and independence of the media.

Passed in December 2010 the highly criticized media law introduced by Orban is not exactly an example of the freedom of the press and expression, particularly with its very high fines, that can be as much as EUR 650,000, and may be imposed on media outlets. This is accompanied by the creation of a Media Council whose members are appointed by … Fidesz.  A situation that has not changed and continues to worry the Commissioner for Human Rights of the Council of Europe in December 2014.”

French public television France24 also emphasized that there is no consensus on whether leaders like Orbán should be part of the community of political leaders invited to a march for the freedom of expression and European values.  In an outline of countries that are considered to have serious issues with civil liberties, the online website of the television describes Hungary as:

“64th (place on the Reporters Without Frontiers – Freedom of press Index): represented by Viktor Orban, Prime Minister. Since June the government of Hungary imposed a tax on advertising revenue in the media generating more than EUR 65 million in annual revenue. The act has hit one of the main independent channels, RTL Klub, while TV2, a private channel considered to have close relations to Fidesz, Viktor Orban’s party, benefited from an exception of this tax. In October, it was the Hungarian citizens who took to the streets to oppose a planned further tax on Internet usage.”

European issues journal EUObserver as well as Austrian journal Der Standard both underlined that shortly before his participation in the march on Sunday, Orbán attacked non-European immigrants, calling them “dangerous” in multiple statements.

This was not the first time that Orbán warned Europe against the “dangers” of multiculturalism.  He made a statement especially critical of immigration to Europe at an annual meeting of ambassadors in Hungary in August 2014. He called illegal migrants simple “criminals” and called for a turn to strict border control for the Schengen area:

“In certain media reports I see illegal immigrants holding up a sign reading ‘I’m not a crime’. But they really are a crime. There are rules that tell you how you can legally enter a country, and if somebody does not follow them, then he violates the law. So the kind of thinking excusing such activities based on some kind of moral grounds is a completely liberal attitude in today’s Europe and profoundly differs from our understanding of the matter.”

Márta Pardavi, co-chair of the Hungarian Helsinki Committee, a civil organization dealing with asylum seeker issues, pointed out to the Beacon that in the August speech Orbán “was willfully mixing up the issues of economic migrants with that of asylum seekers.” Pardavi thinks the reason is that the prime minister is “trying to tap growing xenophobia in Hungary despite immigration being a marginal issue here, given the low number of migrants who stay in the country. Orbán is trying to be an anti-immigrant in a country where the immigration problem practically does not even exist,” the expert concluded.

Hungarian HVG Online reminded its readers of the case of Ramil Safarov, an Azerbaijani Muslim who murdered his Armenian roommate in Budapest a few years ago with an axe, and was later turned over by the Orbán government to Azerbaijan, where he received a presidential pardon and a hero’s welcome. The journal concluded that Orbán was not always as critical with Muslim extremism. In this case, he even seemed to support it.