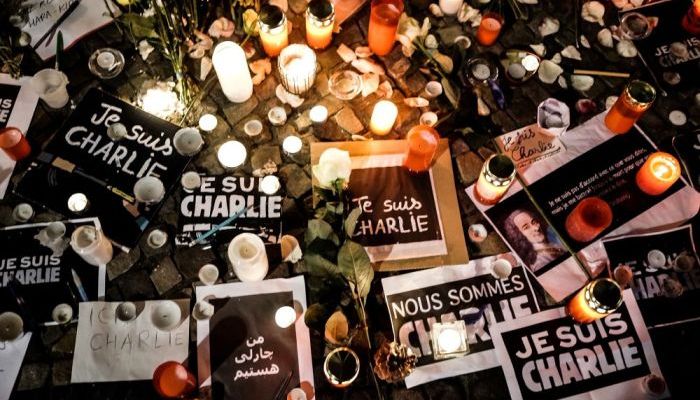 Hungarian Prime Minister Viktor Orbán has expressed his condolences and sympathy to French President Francois Hollande in a telegram dispatched to the Elysée Palace on Thursday, government website kormany.hu reported.  Orbán also condemned what he called “a cruel attack and the inhumanity that cannot be justified.”

Hungarian online press described Tuesday’s Islamist attack on French satirical journal Charlie Hebdo headquarters as an “attack against the freedom of speech.” News sources however are divided over the extent to which the tragedy is the result of liberal immigration policies. A Hungarian criminologist, Pál Bilkei, described the terrorists to pro-government Magyar Nemzet as people who “have Islam in their blood,” adding that the problem is that “Muslims arriving to Europe are not controlled tightly.” Besides radical manifestos against EU immigration policies in the rightist press, most of the journals remind readers of the many differences between political Islamism and Islam in general, emphasizing that the focus should be put on preventing lethal challenges to the liberal values of Europe.

HVG.hu columnist András Hont called the the mass murder a radical attack against European free speech. On the other hand, he condemned the notion expressed by pro-government Heti Válasz that the cartoonists were not respecting the sensitivity of Muslims, and that in future such cartoons should not be published so that similar tragedies can be avoided.  Liberal bloggers and journalists dismissed such ideas and joined in solidarity with their French colleagues.

Liberal activists gathered in front of the French Embassy in Budapest on Thursday evening to express solidarity with the murdered journalists and cartoonists by lighting candles and giving speeches.  Various government officials and opposition politicians were present, including István Íjgyártó, state secretary of the Ministry of Foreign Affairs and Trade.  They were welcomed at the scene by M. Roland Galharague, French ambassador to Hungary, who thanked the Hungarians for their solidarity first in his mother tongue then in Hungarian.