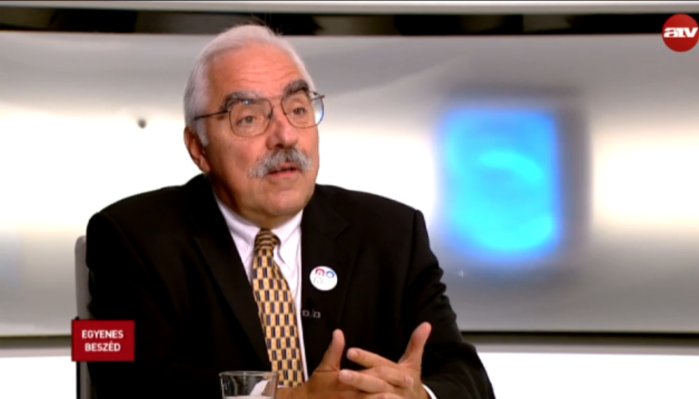 Former Minister of Finance Lajos Bokros called “irrelevant” plans to reorganize the administration of Hungary’s beleaguered National Tax and Duty Authority (NAV) announced recently.  Responding to Minister for National Development Mihály Varga’s recent announcement that a new state secretariat is to be created led by András Kallai that will be responsible for directing NAV, Bokros said changes to the organizational structure “will not improve anything” so long as the “tax culture” is bad.

Bokros pointed out that in the wake of last year’s US entry ban scandal, which prevented in at least NAV officials banned from entering the US on suspicion of engaging in or otherwise benefitting from corruption, “NAV’s reputation is very poor which, in turn, affects peoples’ willingness to pay taxes” says the former Finnce Minister.

Bokros attributed Hungary’s further decline in competitiveness rankings to “arcane bureaucracy, unpredictable economic polices, and huge corruption” all of which are “closely related to one another”.

The former MEP told ATV that NAV “embodies the culture of bureaucracy and corruption” and bemoaned the absence of a “client friendly culture.”

On the subject of plans to close regional centers and streamline operations, Bokros said

“It doesn’t matter whether a tax authority is organized regionally or whether there a small window in every village where taxpayers can go for information, or whether the whole thing is organized electronically.  The question is what is the tax system itself like, whether citizens consider it fair, and whether there is an agency that can efficiently collect the taxes.  None are present in Hungary, so it doesn’t matter of a chair is moved in one direction or another.”

He points out that NAV has already undergone three restructurings since 2010, and that all this did was make its operations even worse.  One of the reasons for his, says Bokros, was the elimination of the special task force responsible for inspecting instances of large tax fraud.  He said the group will not be reinstated “because the tax fraud was too close to the govenrment.

The former finance minister points out that everybody in Germany, France, Sweden and Belgium pay their taxes, despite taxes being higher there than in Hungary, where “cheating is a national sport” and “citizens do not value the quality of the government services they receive.”

Bokros says NAV is only a slice of the general government culture, which reflects the culture of society.  “If both continuously run each other down as they have for the past five years, then one should not expect some miracle weapon to improve the operation of the agency”, says Bokros

The founder and chairman of the Movement for a Modern Hungary (MOMA) says the reason the pace of Hungary’s economic growth is slowing down is because the level of capital flight vastly exceeds that of new investments.

“Why is the pace of economic growth slowing down?” asks Bokros, pointing out that “not even the value of amortization is being replenished.”

“In such circumstances there are not enough work places, especially quality work places.  There is only public work, which was the only way of massaging employment figures”.