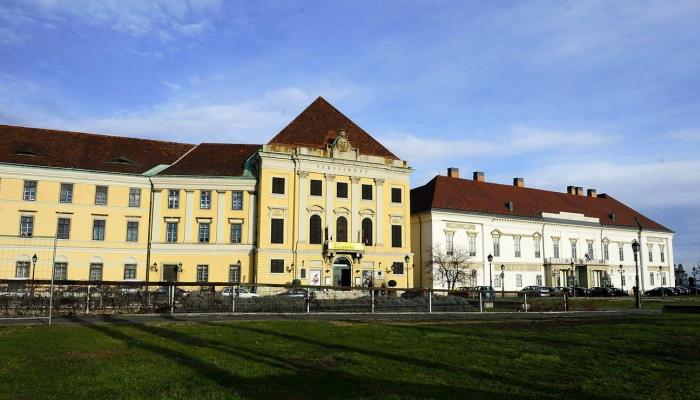 Hungary’s interior minister Sándor Pintér has submitted a proposal to parliament which would allow data related to large government investments to be classified for 30 years, citing national security concerns and risks of terrorism, reports 444.hu. The law would obscure amounts invested by the government in large-scale projects, and could be used to hide how much the government will spend on moving several of its ministries from their present locations in Pest to the Castle District in Buda, for example.

The second and third Orbán governments (2010 on) have both taken steps toward relocating ministries to the high-value Castle District (pictured). The Prime Minister’s Office, originally scheduled to move there in the first half of 2016, now plans to do so next year following the renovation and expansion of the former Carmelite church and monastery at a total cost to Hungarian taxpayers of HUF 26 billion (USD 95.5 million), or roughly USD 10 for every man, woman and child in the country. These costs, and all additional expenses incurred during the moving process of numerous other ministries, would be eligible for concealment under Pintér’s new law.

His proposal comes after Minister of National Development Miklós Seszták proposed a similar law last week to classify the costs of national, regional or suburban trains and metros, also in the interests of national security. The law would also conceal information related to maintenance and repair costs of rail infrastructure around the country, leading critics to speculate that it is intended to hamper the press in finding out how much money the government is spending on rail projects versus how much it is receiving for the projects via EU funds. Hungary has been allocated large sums of infrastructure development funds from the EU for the current 2014-2020 payment period, and major redevelopments are expected in coming years.

Legal director for Transparency International Hungary Miklós Ligeti said one of the major problems with the proposed laws is that they would make it impossible for lawsuits to be filed for the release of information about government expenses – information usually acquired through public information requests – because matters of national security supersede judicial oversight.

“Using national security as a pretext for concealment is not a matter of judicial consideration,” Ligeti told RTL Klub. “You can’t turn to the court with a complaint, so it’s waving a red card around like in soccer; you can’t go beyond that point.”

Seszták’s proposal also included a provision to make it easier for the government to circumvent popular opposition to its rail development plans, notably the controversial miniature railroad connecting Prime Minister Viktor Orbán’s hometown of Felscút with neighboring Alcsútdoboz. A major continuation of the railway is planned to include the town of Etyek, but opposition from local residents has temporarily suspended construction. The new law would authorize the government to determine the route the rail will take, declaring that “the implementation of the transportation infrastructure investment set out in the regulation serves the public interest.”

At present, determining the routes of railways is a decision made by officials and is contestable in court. The new law would allow government decisions to determine such routes and make it much more difficult to oppose in court, thus clearing the way for the government to continue with its construction plans and to conceal their cost.