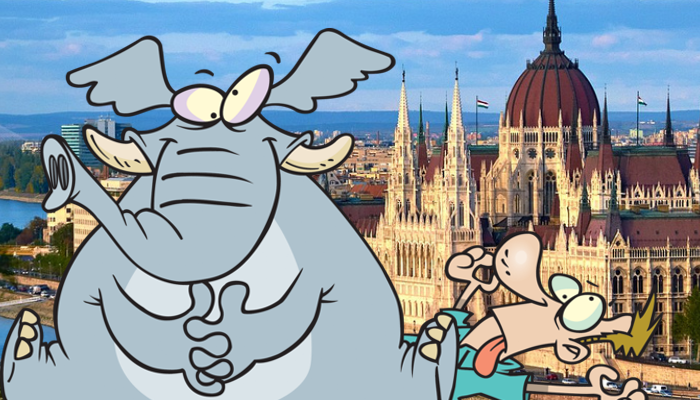 Some 50,000 government employees may lose their jobs in the near future according to vs.hu.  The online daily recently published a list of 73 government entities to be eliminated.  Thirteen would be eliminated without legal successor.   Another sixty would be absorbed by the ministry presently overseeing their operations.

Critics warn this may result in huge, unmanageable ministries whose operations lack transparency and which are incapable of rendering decisions in a timely manner.  Moreover, it would only serve to further subordinate professional autonomy to politics.

A number of research and service authorities would also be eliminated, including several created under the second and third Orbán governments, including the Educational Research and Development Institute, the Hungarian Language Strategy Institute and the National Cultural Institute.

But precisely which offices would be done away with entirely?  And would this really result in a smaller bureaucracy?

“No western democracy would undertake such changes”

Although the government has yet to announce any final decisions, based on information released to date it is not certain that the changes would result in less bureaucracy.  György Gajduschek, an expert on governance and public policy at the Hungarian Academy of Sciences, says the new system could lead to unwieldy ministries and a significant decrease in professional autonomy

“It may be possible to eliminate one or two levels of management without changing the function, but merging institutions will simply result in bigger ministries,” he said.

“Unwieldy ministries employing tens of thousands of people could result which would prove unmanageable for ministers.  It is not by accident that in the private sector there are no companies operating in such a hierarchical manner. No western democracy would undertake such changes because the minister is politically responsible for what happens at the ministry.  I cannot imagine how (Minister for Human Resources) Zoltán Balog, for example, could coordinate ANTSZ, Nébih and the Education Authority at the same time.”

Gajduschek says the centralization is consistent with the super-ministry system created by the Orbán government after it came to power in 2010.  “The general problem of the former socialist countries is that the ministries followed their own logic, and for this reason the government could represent a unified position,” he said.  The expert believes the eight ministries created by the second Orbán government represented an improvement over their predecessors, but that the current changes would burden ministries with too much responsibility.

“The current authorities were created on the western model after the system change,” Gajduschek said, adding that “it was believed at that time . . . that the executive organs should have nothing to do with strategic questions and ministries dealing with general tendencies.”  He says the original model “provided for authorities to be run by experts who were chosen because they had climbed the ladder and proven themselves capable.”  He cites the Chief Medical Officer as an example.

Although he believes most of these positions are already filled with political appointees, if the authorities were folded into the ministries, then officially they would be run by ministers, that is, politicians.  “In such a system the professional autonomy will diminish in the face of politics.”

Gajduschek believes that since the authorities already operate in a manner highly dependent on politics, he does not think it likely that the proposed changes can be explained by a desire for political control.  “Perhaps there is no point in searching for a rational explanation.  Instead, it may be about the government wanting to signal that it is struggling against the bureaucracy.”

The end of the National Health Insurance Fund?

The changes may spell the end for the National Health Insurance Fund (OEP) responsible for the expenditure of thousands of billions of forints.  “Tragic,” “brutal” is how various experts responded when ask what they thought of plans to combine OEP and other health-care institutions including ANTSZ.

“It’s as though we went back 25 years in time,” said Csaba Dózsa, health-care economist and president of the Hungarian health-care econometrics society.   Dózsa believes the current system of independent national institutions can be considered modern by international standards.  “In fact, the problem is that the current obligatory health insurance system still has very significant potential for ever greater efficiency,” he explained.  “This could be better exploited by granting the service purchaser and insurer even broader authority, which would make it able to react flexibly to challenges and changes, for example technological improvements”.  By contrast, the planned, overly-centralized state control model was characteristic of Hungary in the 1980s when market conditions were not factored into the domestic health-care system, making it possible for it to operate in a stable economic and social environment.

Dózsa emphasizes that, while he does not know the details about the proposed changes, an overly centralized system is generally not considered to be a good idea.  “The planned changes to the health-care system were not preceded with social debate or even professional debate informed by impact studies,” he added.  The OEP is responsible for managing the disbursement of some HUF 1800 billion (USD 6.2 billion) annually to health-care institutions.   As the state health insurance company, OEP contracts with hospitals and funds and oversees the services they provide.  “It is alien to the system that a ministry deal with these kinds of day-to-day matters of an operative nature,” Dózsa said.  If OEP were really folded into the ministry, then it would give the government greater control over health-care funding and services.

Dózsa believes the advantage to operating this way from the government’s point of view is that it eliminates several hundred positions. Even then, it is necessary to provide services that are effective and flexible.  However, the Ministry for Human Resources is already overburdened, and for this reason administrative processes would be expected to slow down, and transparency would be reduced in health-care organization and finance.

It is not clear, however, from the current proposal whether any changes would be made to the funding of health-care, or how these funds would be distributed.

Another expert says that OEP handles numerous public tenders, such as buying medicine in bulk, and such transactions would be slowed down by the ministry bureaucracy.

One expert who deals with social insurance points out that OEP revenue over the past 4.5 years has come to be treated like a kind of tax revenue.  The distinction between the two is that health insurance fund contributions are made in expectation of specific services, whereas the government is free to spend tax revenues as it sees fit.

“In this way the state gets to decide what to do with this money.  Centralization is another step in this direction,” says the expert.  It was precisely for this reason that, after the system change of 1989, OEP made an independent institution to ensure that its operations remained professional and separated from politics.  Once absorbed into the ministry, however, there would be no director who could be held accountable.  Furthermore, it would lose its right to determine the rules of its own internal operations.  “The world is moving in the direction of clear structures, transparency and accountability.  This change goes in the face of that,” says the expert.

Many of the thirteen institutions to be wound up without legal successor were created by the government itself over the past few  years.  These include the Hungarian Language Strategy Institution (Manysi), the Health Care Record Keeping and Training Center, the National Public Health Center and the Design Terminál National Creative Industry Center.

Operating as a nonprofit organization between 2004 and 2014, the Design Terminál National Creative Industry Center was founded to encourage design, the fashion industry and urbanism. In 2014 it became a “government institution of heightened importance”. Its most important event was the “Brain Bar Budapest,” a three-day festival where foreign and domestic experts were invited to talk about the future of work, cities, and democracy at a cost to taxpayers of some HUF 100 million (USD 350,000).

The National Cultural Institute has operated in its current form since 2013, when it was created as the legal successor to the Folk Art Institute, the National Folk Culture Center, the Culture Research Institute and the Hungarian Cultural Institute.  Among other things the institute manages county-level cultural events, prepares the government’s public culture strategy, and helps train experts in popular culture.

The Foreign Affairs and Foreign Economy Institution was created the summer of 2014 as the research institute for the Foreign Ministry.  The legal successor to the Hungarian Foreign Institute, it publishes Külügyi Szemlét (Foreign Policy Review) and other technical magazines on foreign policy.  The entire research group resigned when Péter Szijjártó was named Foreign Minister and Sándor Gallai was named the new head of the institute.

Education will also be affected

The proposal condemns a number of organizations in the field of education to be either wound up or absorbed by the Ministry of Human Resources.  Among those to be eliminated without legal successor would be the Institute for Advanced Studies created by government decree last autumn responsible for managing the Hankiss Elemér bibliographical collection and running the Hankiss Elemér Research Archives. Beyond that, as a “spiritual center for research, development” it was responsible for promoting cooperation between the government, higher education and miscellaneous research institutes.

Also slated for elimination is the scandal-plagued Education Research and Development Institute tasked with distributing textbooks to students after the second Orbán government nationalized the distribution of textbooks.

Others include the Educational Authority and the Türr István Training and Research Institute, which just last year took over various responsibilities from Klik, and the Educational Research and Development Institute, which absorbed the educational services developer and operator Educatio Kft.  At the time Magyar Nemzet wrote that the merger created the largest of all governmental support organizations.

As part of the HUF 1.5 billion organizational restructuring, Klebelsberg Institution Maintenance Center (Klik) became solely responsible for maintaining public schools, the Educational Research and Development Institute became primarily responsible for supplying textbooks, and the Educational Authority assumed responsibility for providing professional services to teachers in addition to assuming certain tasks from the office of government.  In practice, this meant that the Education Authority is responsible for evaluating teachers, inspecting schools, maintaining lists of expert advisors, as well as organizing academic, sport, and talent contests for students, in addition to running the new dropping-out warning system.

In addition to conducting training for public workers and members of disadvantaged minority communities, the Türr István Training and Research Institute made headlines last year when Politics Can Be Different (LMP) anti-corruption crusader Ákos Hadházy essentially accused the institute of being little more than a money laundering operation.   Of the HUF 40 billion in public funds it received last year, only HUF 1.5 billion can be examined, says Hadházy, leading him to conclude that many of the institute’s public procurements were “fake orders” having no public benefit.

Last year the institute organized a high-level event celebrating the completion of last year’s Roma women employment assistance program.  The institute spent HUF 10 million (USD 35,000) on a reception held in the Hungarian Academy of Sciences ballroom.  It was also paid HUF 31 million (USD 107,000) to publish a manual on raising rabbits which turned out to have been little more than a translation of an agricultural instructional manual published in the United States 25 years earlier.  The same institute paid HUF 25 million (USD 86,000) to an advertising company to remove snow and ice from sidewalks in front of three branch offices in the countryside.