Hungary to erect 175-km-long fence along border with Serbia 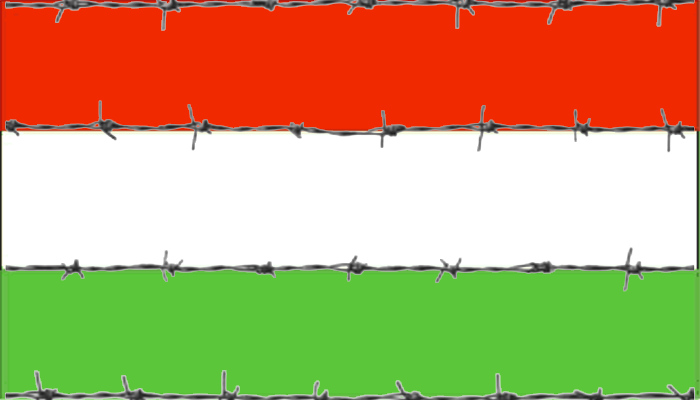 A quarter of a century after the fall of the Iron Curtain, Hungary is to erect a 4-metre high, 175-kilometer long barbed-wire fence along its border with Serbia.  The fence is intended to stem the flow of illegal immigrants into Hungary which has increased substantially over the past six months as a result of economic and political crises in the Balkans and record numbers of refugees streaming into Europe.

Minister of Foreign Affairs and Trade Péter Szijjártó announced Wednesday that Interior Minister Sándor Pintér has been instructed to undertake preparations to build the barbed-wire barrier.

Prime Minister Viktor Orbán said earlier that he is open to consider all options which could stop the flow of refugees into Hungary. He announced last Friday during his weekly radio interview that the government would make a decision shortly.  (It seems they have decided on one of the most expensive solutions–one easily circumvented with a good pair of wire-cutters-ed.)

Orbán also said he is scheduled to meet representatives of the Serbian government in early July to discuss how the two countries will handle the flow of refugees into Hungary.

Szijjártó announced the government’s plan to build the fence today.  He said the refugee issue is the European Union’s most pressing issue and that out of all EU countries, Hungary is the most affected.

The government has ordered Pintér to prepare plans for the physical closing of the border between Hungary and Serbia. He will have one week to prepare the plans.

Szijjártó believes the government’s constructing of such a fence would not be in violation of any laws or international agreements. He pointed out that other countries also build fences to close their borders.