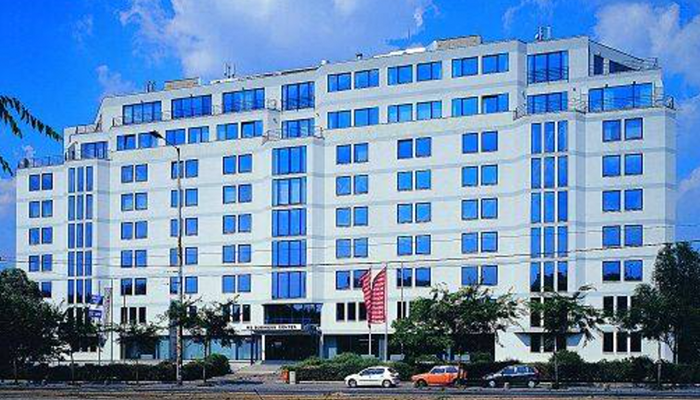 The Hungarian government has instructed the National Asset Management Company (Magyar Nemzeti Vagyonkezelő Zrt.) to purchase the M3 Business Center, a nine-storey office building in the Hungária körut not far from Budapest’s Városliget park.  According to the official gazette published on Friday, the government has allocated HUF 8.08 billion (USD 30 million) toward the cost of moving the Budapest Regional Court to its new home.

Not clear is what part of the HUF 8.08 billion represents the cost to Hungarian taxpayers of purchasing the building itself.

In 2013 National Court Office (OBH) president Tünde Handó announced that the Budapest Regional Court would move to a part of the former Interior Ministry’s hospital complex at 9-13 Városligeti fasor in Budapest’s District 7.

Presumably, the transaction clears the way for the construction of the “National Museum Restoration and Archival Center” on the grounds of the former hospital complex.  The new, five-building complex will provide “technical and infrastructural” support to new museums to be built in the nearby Városliget city park over the next four years.