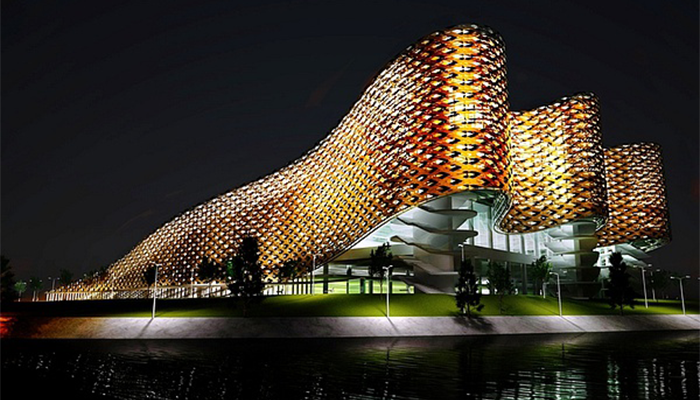 In March Prime Minister Viktor Orbán announced that his government had decided to that Hungary would host the 2017 World Swimming Championship after Guadalajara, Mexico pulled out.  Originally scheduled to host the junior World Swimming Championship that year at a fraction of the cost, Hungary’s Prime Minister said that completing the project in under three years would be an “enormous challenge” requiring “solidarity” on the part of the Hungarian people.

Napi.hu reports the 66,000 sqm facility will house two 50 m olympic-sized pools, a warm up pool, a high dive pool, a children’s pool, and a jacuzzi with changing facilities and other areas.

Fürjes said that the original cost of HUF 21.4 billion (USD 76 million) only pertained to the swimming facility itself  and did not include the cost of making “related environmental and city improvements”.

“We laid the corner stone for Hungary’s largest competition pool two weeks ago.  The construction cost did not increase by so much as a filler, and will not increase over the cost of construction.  Over the course of preparing the detailed plans and construction we will attempt to decrease the costs” said the commissioner.

Fürjes told InfoRadio the “misunderstanding” over cost arose from the fact that they confused the net price with the gross price, and the price of building the swimming pool with all the miscellaneous costs pertaining to environmental and city improvements in Budapest’s District 13.  Some HUF 14 billion is to be spent on planning, temporary risers, flood and sewer protection in Budapest’s 13th district.