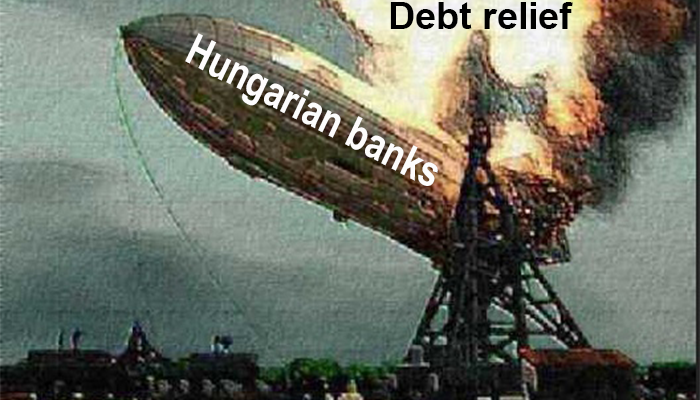 Hungary’s banking sector reported enormous losses totaling HUF 361 billion (USD 1.57 billion) in Q2 2014 according to data released by the Hungarian National Bank (MNB) on Friday.  This was mainly due to massive provisions against losses to cover the costs of refunding clients for past charges resulting from the currency spread and higher interest rates approved without the client’s consent.

According to MNB the aggregate value of such provisions was approximately HUF 350 billion (USD 1.52 billion).

Not since the government’s FX loan payoff scheme (Q1 2012) have banks reported such large losses.

Portfolio.hu writes that losses related to the debt relief scheme could increase further, as

Savings cooperatives were the only profitable segment within the banking sector due to their low exposure to FX loans, reports the on-line financial publication.

A press release issued by MNB highlights the following points: