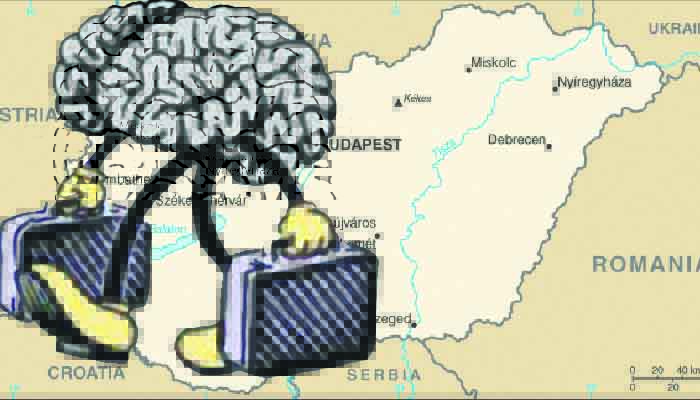 Hungarian playwright and political activist Anna Gát recently told the Budapest Beacon she moved to London not only to advance her career but to escape Hungary’s oppressive, overly-political atmosphere.

“I first starting thinking about (leaving Hungary) ten years ago when I noticed that most of my friends had already left,” says Gát.  “I spent quite a few years debating the pros and cons and at the same time dreaming of leaving.  And when the time came and all the areas of my private and professional life and the general political economic context in which I was living was right, I managed to leave. I restarted my life here in London at the age of 30,” says Gát who supports herself by working a variety of jobs.

According to immigration researcher Moreh Christian there are 86,000 “first generation” Hungarians employed long-term living abroad.  This number does not include Hungarians born abroad, those who do not possess Hungarian tax or health insurance documents, or those who are not there for employment purposes.

Prior to the world financial crisis of 2008, only 17,000 Hungarians lived in the United Kingdom.  By 2011 this number had already increased to 44,000 according to the researchers.

The wave of Hungarian immigrants can likely be attributed to the freedom of movement within the European Union, but the researchers also found that, apart from financial problems, Hungary’s political situation and corruption influence people’s decision to work abroad, as did the restructuring of public institutions and institutions of higher education.

Higher education policies in Hungary introduced under the second Orbán government (2010-2014), such as making education grants conditional on students agreeing to stay on in Hungary for a number of years after graduation, may have also increased the number of  youth seeking education abroad, say the researchers.

Christian says the number of Hungarians emigrating to the United Kingdom will increase in coming years, and that those who leave the country with their families are unlikely to ever return.