Hungary’s demographic decline: Who wants to have kids in a country that’s always “at war”? 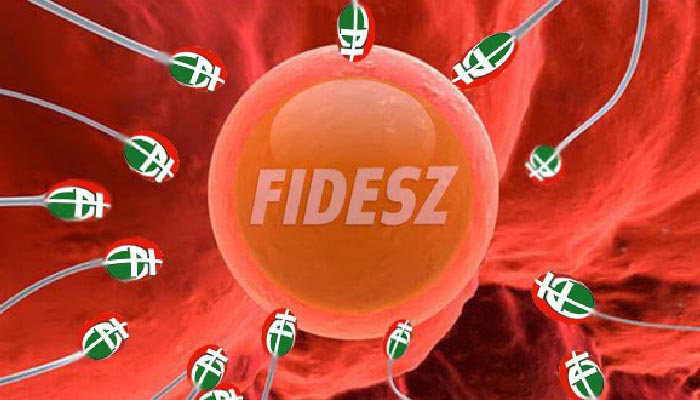 “Accepting immigration is dangerous,” said Prime Minister Viktor Orbán on Thursday during his opening speech at the Budapest Demographic Forum. Hungarian news site hvg.hu reports him as saying that the key to addressing demographic decline is the developing policy that focuses on families.

Orbán’s latest tirade against immigration comes only one day after a similar speech at the World Science Forum (also held in Budapest), where the prime minister announced that Europe is being invaded and a new cultural, world power, global market is being created. “If we aren’t careful, the changes that will take place will result in long-term political and armed conflicts,” Orbán said.

It seems Hungary’s demographic problems may be among Europe’s most pressing. Katalin Novák, an undersecretary for family policy at the Ministry of Human Resources, said “Europe is the continent of empty nurseries. We are experiencing a winter of demography”. Novák also praised the Orbán government for its family-friendly politics.

Orbán said: “We need to seize every opportunity to openly discuss demographic issues without talking about taboos. Day after day we are faced with the fact there are certain words in European public discourse that we aren’t allowed to say.” He then began talking about Hungary’s border fences.

“The word family means something entirely different to the European People’s Party than what it means to Fidesz,” Orbán said.

The prime minister went on to address what he thinks are the dangers to Europe’s demographic problems.

“Who lives in Europe?” he asked rhetorically, going on to say that there are other less important issues that receive more public money and public discourse, such as gender issues and gay marriage. “These are nice issues but they won’t solve the [demographic] problem,” he said.

Those who dared speak about family-oriented policy were ostracized. “That is poppycock!” he continued.

Orbán said nations need to have more children to address demographic problems, because otherwise immigration will continue to be the only solution until human clones are mass produced. “God save us from this.”

“Europe cannot build its future on immigration!” Orbán said. “Accepting immigration is dangerous. We want the kind of Europe that is built on families, not immigrants. There come times when the demographers need to have their voices heard,  like now. Let’s prove that having more children is a blessing for the future of a country,” he finished before relinquishing the podium to the next speaker.

Fidesz MEP Mrs. Ildikó Gáll Pelcz also talked about the problem of immigration in her speech. She thinks many are of the opinion that immigrants will become active members of the European labor force. She’s critical of such opinions because she thinks that this is only a theory unsupported by facts….

“[Fidesz] on the other hand will go against the example in Brussels and try to stop the demographic crisis with our human resources,” Pelcz said.

The Fidesz MEP thinks that Hungarians are now at the point where they are more likely to have more kids because more kids were born last year than in any of the previous four years. Experts, however, say the number of children born in 2014 does not necessarily indicate that families are much more willing to have kids.

“I’m working to make sure that the vision of empty nurseries doesn’t become a reality for Europe,” said Pelcz.

The Fidesz position makes no sense

Fidesz has spent the past year rejecting notions that immigration can contribute to ameliorating Hungary’s demographic problems. Instead, Fidesz politicians argue that the only way to stop the country’s demographic decline is for Hungarians to have more children. Government officials ranging from Katalin Novák and János Lázár to Viktor Orbán have relentlessly promoted this position.

According to demographer Balázs Kapitány, the government should improve its own communication because families don’t know about the opportunities available to them.

The problem is that those born during Hungary’s baby boom, which took place in the mid-1970s, are now reaching the point where bringing offspring into this world isn’t a possibility. There are less people in the generations following them and even with government attempts to increase births among that generation, relative growth in the number of children born still means a decrease in the number born.

“Who wants to raise more kids in a country where there’s a constant campaign to portray such a grim picture of the future,” Attila Juhász of Political Capital writes on Facebook.

Juhász points out that government communication of “invasions”, “wars”, “battles”, and “mass clonings” that risk destroying European civilization does not exactly encourage people to have more kids. There were more positive messages that a government could send if it wanted to encourage Hungarians to have more children.  “Can parents offer a more attractive future for their kids than a Europe dominated by people like Orbán?” Juhász asks.