Hungary’s National Political Strategy based on naturalization and voting 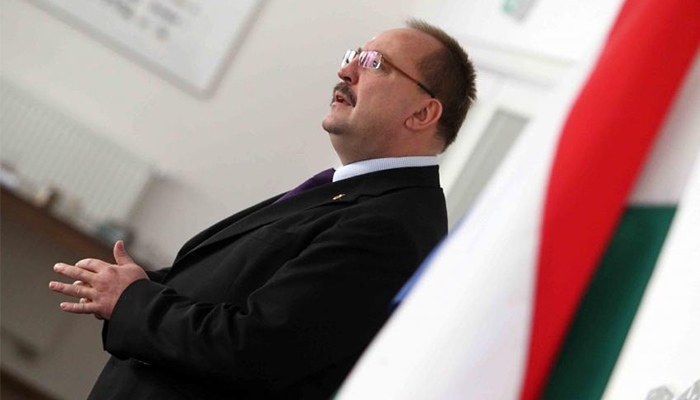 At a press conference held on 2 January 2014 State Secretary for Foreign Affairs, Zsolt Nemeth, told reporters that naturalization and voting were the two elements of Hungary’s national political strategy.  It seems that while the government is pleased that over 550,000 people of Hungarian descent living abroad have applied and received Hungarian citizenship, it is disappointed that less than 12 per cent to date have registered to vote in parliamentary elections scheduled for April.

Nemeth warned that the future of naturalization depends greatly on the success of the upcoming elections, implying that if the current government (whom they have to thank for their freshly minted Hungarian national identity card) is not returned to office, then the next government may decide to take it away or prevent other Hungarian nationals from obtaining one.

We have entered the final phase of voter registration because registration ends 15 days before elections take place.  There are less than three months left for registration. And there are only days left for those Hungarians who do not yet have Hungarian citizenship to still begin the naturalization process.  The process takes three months.  If they would like to take part in the 2014 elections, they must start the naturalization process immediately.

The government is not only concerned about the ability of recently naturalized Hungarians to vote, but also that of some 300,000-400,000 Hungarians living abroad.  Nemeth announced that Hungary has negotiated agreements with Germany and the United Kingdom whereby Hungarian diplomatic officials may operate designated election facilities at schools and stadiums.

According to Nemeth, the expedited citizenship process plays an instrumental role in Hungary’s “National Political Strategy” which “seeks to offer answers to the problems resulting from the non-alignment of the borders of the Hungarian state and the Hungarian nation.”  The state secretary repeatedly emphasized the importance of both the naturalization process and voting in elections to Hungary’s National Political Strategy.

Some 110 Hungarian embassies, consulates, and foreign political offices, including ones in Toronto, Melbourne, the eastern Croatian city of Osijak (Eszék), and the Slovenian border town of Lendava (Lendva), have been issuing national identity cards and registering voters.  Nemeth complained that Romania has not yet responded to requests that Hungary be allowed to open diplomatic offices in Oradea (Nagyvarad) and Targu Mures (Marosvasarhely).

Editor: In the future the government of Hungary may want to behave in a less adversarial manner towards its eastern neighbor, especially if it expects the government of Romania to facilitate the distribution of Hungarian national identity cards to Romanian citizens.