Ignoring calls for his resignation, Orbán vows to fight on after invalid referendum 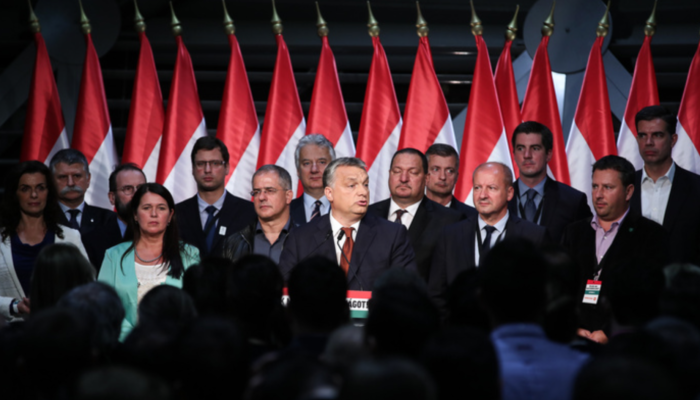 “Brussels or Budapest, that was the question, and we decided that the right to make this decision belongs exclusively to Budapest. . . . We have embarked on a road that will be long, and serious battles and difficult collisions await us.” – Viktor Orbán, Prime Minister, Hungary

“Tonight proved to be a failure for Viktor Orbán, thank God, in that no matter how much money was spent on this disgusting campaign, which served no goal other than to pit people against one another, it failed. It appears that normal people live in Hungary who do not believe the disgusting, hateful propaganda that Orbán pushes merely for the sake of staying in power.”

Speaking to party faithful in Budapest (members of the press were not allowed to attend in person), Orbán claimed that Sunday’s results had “surpassed” the results of the referendum 13 years ago when Hungary decided to join the EU, and he pointed out that 15 percent more participated than in the last European parliamentary election, so “the weapon will be rather strong in Brussels.” 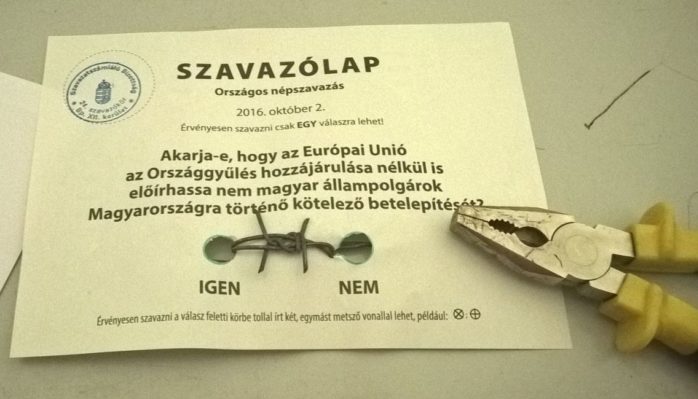 Orbán made no mention of the fact that only 43.9 percent of the electorate had voted, or that 6.3 percent of them had cast invalid votes like the one pictured here, or that his government had spent a record HUF 16 billion (USD 55 million) of taxpayer money on what most opposition politicians considered to be a pointless referendum merely for the sake of shoring up support for his governing Fidesz party.

The prime minister said Hungarians could be proud to be the first and only EU member state where the people could state their opinion on the immigration question.

“We are talking about the future of Hungary, our children and our grandchildren.  A modern age peoples migration is taking place,” warned the Fidesz chairman. “Brussels or Budapest, that was the question, and we decided that the right to make this decision belongs exclusively to Budapest . . . We have embarked on a road that will be long, and serious battles and difficult collisions await us. . . . I promise every Hungarian that I will do everything to prevent Brussels for imposing its will on the country” said Orbán.

The head of government said there are two things the government needs to do in light of the overwhelming “no” vote.

Conspicuously absent from the Fidesz line-up were Minister Overseeing the Office of the Prime Minister János Lázár and “propaganda minister”Antal Rogán, who reportedly spent public funds well in excess of HUF 11 billion on a “public information” campaign conflating immigration with terrorism, the likes of which has not been seen since the fall of communism, according to former Hungarian EU commissioner László Andor.

Reacting to election returns indicating that the referendum was invalid, leading opposition politicians called for Orbán to resign.

“After such a defeat the prime minister should resign,” said former socialist prime minister Ferenc Gyurcsány, who refused to resign in 2008 after his government lost a public referendum that forced it to rescind key reforms.

Gyurcsány said that from Sunday’s victory it was necessary to forge a power capable of defeating the government in 2018, and towards this end his party is prepared to join forces with the Hungarian Socialist Party (MSZP).

Referring to the invalid referendum as “a very expensive public opinion poll,” MSZP chairman Gyula Molnár said the referendum proved that “it is possible to defeat Fidesz and Orbán.”  Echoing Gyurcsány’s call for solidarity on the part of Hungary’s democratic opposition, Molnár said that for this “it is necessary for there to be one challenger to Fidesz-KDNP candidates everywhere in 2018.”

Jobbik spokesman Ádám Mirkóczki called on the prime minister to resign, saying the head of government “had irresponsibly taken Hungary into a hazardous game which he appears to have lost.” 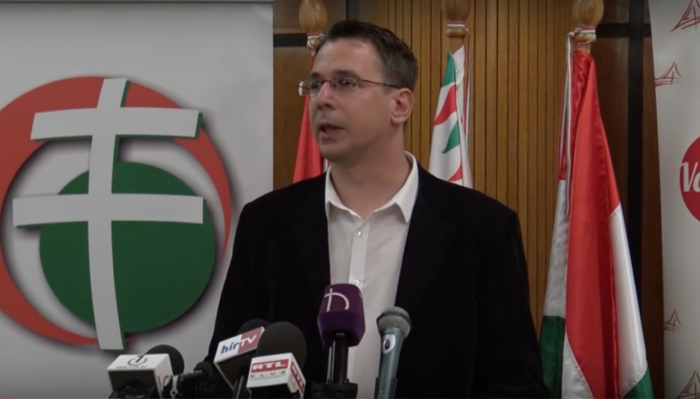 Speaking to reporters after the close of voting, Mirkóczki said the referendum was nothing more than “a nearly HUF 20 billion public opinion poll, the result of which everyone was able to precisely know without money.”

He called on the head of government to resign, saying that “such an arrogant, insolent, extortionate campaign cannot go without consequences.”

“Referendums belong to the people”

Striking a populist tone, Politics Can Be Different (LMP) co-chair Bernadett Szél warned that the referendum result might weaken the government’s ability to resist Brussels’ efforts to settle illegal immigrants in  Hungary under a burden-sharing plan approved by the European Council. 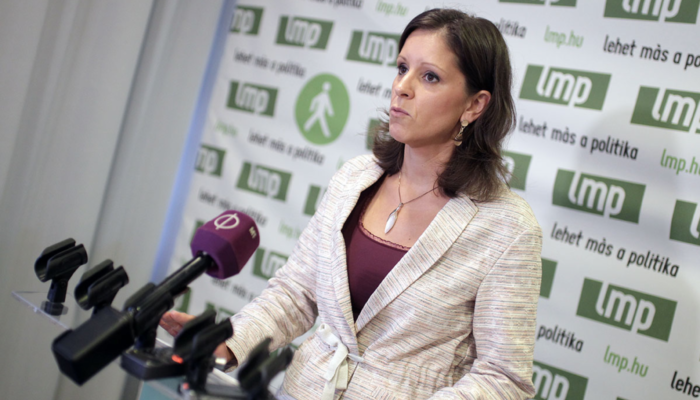 “The government has come out badly of a situation of its own making, as well as the country,” she said, pointing out that “referendums belong to the people” and “it was not a campaign tool, and least of all a government campaign tool.” She accused the prime minister of resorting to demagoguery rather than solving pressing problems in education and health care.

An inhuman and heartless government

At a rally held in front of parliament Sunday evening in defiance of the National Election Committee, Dialogue for Hungary (PM) co-chair Gergely Karácsony said news that the referendum would be invalid was grounds for “joint celebration that the balloon of hatred that Viktor Orbán blew up to be so big had popped this evening.” 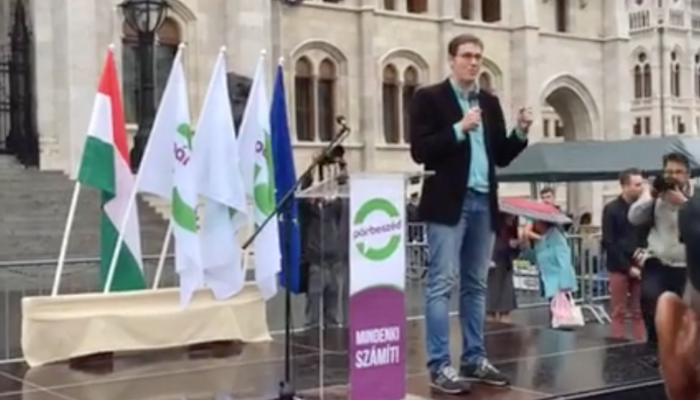 Solidarity president Sándor Székely said the referendum proved that Hungary had had enough of hatred and of Viktor Orbán policies. “Hungary wants to be a proud member of the European Union enjoying full rights. It wants to be prosperous, open and cooperative,” he said, adding that for this it was necessary to look at the world and politics with new eyes.

Perhaps the most strident denunciation of the government’s failed referendum took the form of a four-minute video blog posted by Együtt (Together) deputy leader Péter Juhász to his Facebook page. 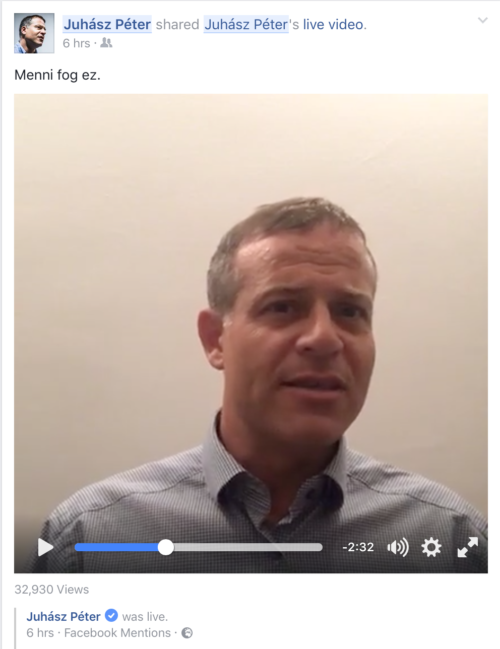 “Tonight proved to be a failure for Viktor Orbán, thank God, in that no matter how much money was spent on this disgusting campaign, which served no goal other than to pit people against one another, it failed.  It appears that normal people live in Hungary who do not believe the disgusting, hateful propaganda that Orbán pushes merely for the sake of staying in power.”