In Hungary violent police officers are often let off the hook 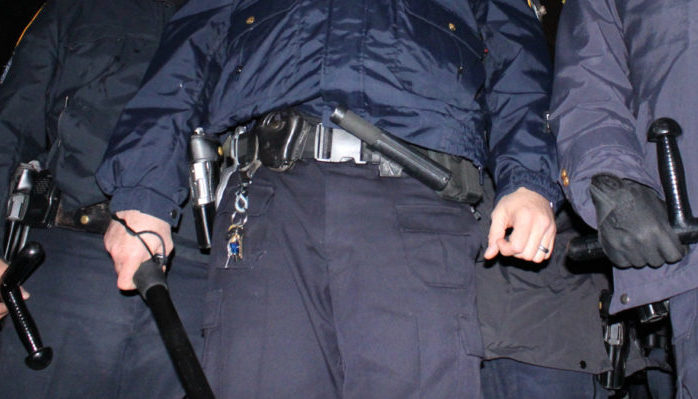 “If afterward, all police officers present the same story, that counts as strong evidence, both if they were the perpetrators or the victims of violence.” – Dávid Vig, Hungarian Helsinki Committee police program leader

Instead of suspending them, the police protects its violent members. Even if a violent member of the police is sentenced they can stay in service with a special permission from the Minister of Interior. Meanwhile, violence against members of the police is strictly punished, even though it is just as hard to prove violent acts committed against police than the other way around, reports abcug.hu.

Approximately a thousand reports are filed each year against violent police, but only between one and two percent of these reports end up in court. According to a 2014 report by the Hungarian Helsinki Committee (HHC), between 2007 and 2013 in 79 percent of the police abuse cases the investigation was suspended, and in 16 percent of cases the report was rejected without investigation. Only four percent of the cases saw an indictment and only a little over one percent resulted in a sentence. But in the same period, nearly 70 percent of the reports filed against those accused of violence against an official person ended with an indictment.

“If afterward, all police officers present the same story, that counts as strong evidence, both if they were the perpetrators or the victims of violence,” said HHC police program leader Dávid Vig. In many cases it is enough evidence for the prosecutors that multiple officers make the same statement. Although it is just as hard to prove domestic violence, still in more than two-thirds of domestic violence cases there is an indictment. According to Vig, the current legislation is not the main source of the problem, as according to the law, police can be held responsible just like anybody else. However, what really is problematic is that police can remain in service while they are under proceedings or even sentenced for violent behavior.

Vig says one reason for this is that the Hungarian police still struggle with personnel shortages, so if a high-ranking officer wants to fire a colleague who has exceeded their powers, the officer has to know who to fill the position. Another reason is a generation problem, namely the police ranks lack experienced middle-aged officers from whom younger officers could learn. This is confirmed by HHC’s report, according to which two-thirds of the officers who were accused of forced interrogation were under 30 and had only been in the police force for a couple of years. Vig cited the collegial relationship between prosecutors and the police as a third reason, that might jeopardize the investigation against violent officers. Courts are more independent but, if prosecutors fail to gather enough evidence, judges are powerless.

Even if officers are sentenced, courts tend to mete out mild sentences. In 2013 three police officers kicked two men in a cornfield near the town of Hatvan, breaking one of the victim’s rib. The officers were sentenced two years later. One was given 1.5 years in prison and the other two received a one-year suspended jail sentence, even though, according to the Hungarian penal code, they ought to have been sentenced to at least two years in prison. Moreover, two of the officers had a criminal record.

According to HHC, violence by police could be vastly reduced if the following measures were introduced: