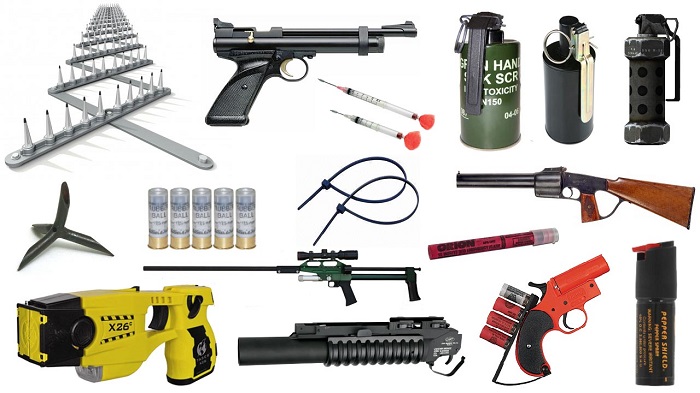 Hungary’s Interior Ministry has recommended the addition of a number of law-enforcement tools to the list of weapons allowed for use by the Parliamentary Guard. Included in the expanded list are hand-grenade launchers, interceptor-net guns, and an expanded list of tear-gas grenades.

According to the ministry, “… the arsenal of restraint tools used by Parliamentary Guard must be evaluated from time to time in order to ensure the use of state-of-the-art, NATO-compatible tools created for technical and scientific development.”

The proposal would allow the guards, often seen in uniform patrolling in and around the Hungarian Parliament, to use:

All of these weapons are additions to the tools currently permitted for use by the Parliamentary Guard.

Fidesz’s parliamentary delegation leader Lajos Kósa defended the expansion of the list in a press conference Wednesday, where he argued that the use of net-firing grenade launchers “serves the protection against drones.” Kósa then revealed that the Parliamentary Guard had attempted to train falcons in the fight against dangerous drones near the Parliament, but the presence of “2,000 pigeons and several hundred bats” living on the tower of the building had distracted the falcons and the experiment had failed.

Kósa did not address the practical necessity for the numerous other weapons included in the expanded list. It is unclear whether the proposal is related to the sustained street demonstrations in Budapest of the past three weeks, many of which have taken place on the steps of Parliament.