Investors are fleeing Hungary, or at least their money is 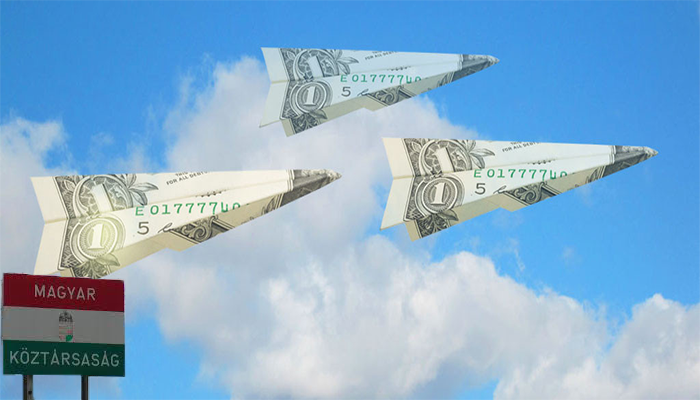 At the ribbon-cutting ceremony of a diaper factory in March built by Procter & Gamble, Prime Minister Viktor Orbán stated that “without investments undertaken by international companies in Hungary … there will be neither workplaces nor economic growth”.   After a string of highly publicized ribbon-cutting ceremonies in the lead-up to the April general election, international companies have undertaken relatively few major investments.   Indian Apollo Tyres is reportedly to invest HUF 146 billion (USD 573 million) near the northern Hungarian city of Gyöngyös, making it one of the largest investments to take place in the country for some time.  Lego is also planning to build a new factory in Hungary in 2015. But  otherwise there is very little in the investment pipeline apart from government EU-funded projects.

According to data issued by the National Bank of Hungary this week, capital continues to pour out of the country.  During the first nine months of 2014 some EUR 161 million (USD 209 million) left.

Since 1995 Hungary benefited from average annual capital inflows of EUR 3 billion (HUF 955 billion).  In 2013 this decreased to EUR 1 billion (USD 1.3 billion), depriving the national economy of capital equal to 2 percent of GDP.

Hungary may succeed in closing 2014 in the black with regard to the flow of capital thanks to investments undertaken during the fourth quarter. This would be due almost entirely to the ongoing recapitalization of Hungarian banks on the part of their foreign owners, who invested some EUR 1.358 billion (USD 1.76 billion) the first nine months of 2014.