Is Peto Institute next in line to be nationalized? 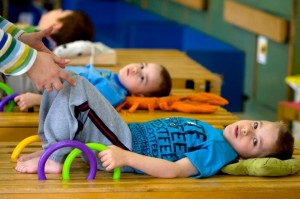 The past three years has witnessed the systematic defunding of public institutions and NGOs providing for the needs of children with mental and physical disabilities. The internationally renowned Andras Peto Institute for International Conductive Training has not been spared.

Peto was a Hungarian pioneer of “conductive education” who developed an educational model for physically disabled children in the 1940s that focused on the development of emotional and cognitive growth, social and self-care skills, communicative skills, as well as physical abilities.

Founded in 1952 the Peto Institute is one of the world’s leading facilities for children with disabilities as well as an important international training center. Initially serving preschool and primary school aged children, it evolved into a pedagogical rehabilitation center that received children from around the world.  Its reputation for innovation and integrity drew educators and therapists from around the world wishing to become “conductors”, that is, practitioners of Peto’s methods.

Training generations of “conductors” from around the world, the Peto Institute became a victim of its own success as its methods came to be  practiced world-wide. While foreign organizations paid Peto to conduct training seminars abroad, the lack of international patent protection caused this source of income to dry up.  Furthermore, as technology that enabled physically handicapped individuals to integrate into public life became more accessible, international demand for the institute’s training services declined.

Administrative power struggles and legal battles further complicated matters. The government decision to convert Peto Institute from a public foundation (legally entitled to government funding) to a private nonprofit limited liability company in 2012 only added to its woes.

Like many non-profit organizations in Hungary the Peto Institute has been struggling to stay afloat for years. Following the end of communism organizations serving a public interest were transformed into public foundations.  At the end of 2010 the Hungarian Minister for Social Affairs, KDNP chairman Zsolt Semjen (who also serves as Deputy Prime Minister), directed that certain state-owned foundations be transformed into non-profit limited liability companies.  In the case of the Peto Institute this merely added to its administrative and financial problems.

Stripped of its real estate the Peto Institute started 2012 with a HUF 22 million deficit.  Mounting losses nearly forced the Peto Institute to close its doors.  An article published by Index.hu in August of this year reported that the institute was running on fumes and on the verge of bankruptcy. Public outrage ensued.

In September Dialogue for Hungary MP Timea Szabo submitted a bill providing for a one time reallocation of HUF 500 million (USD 2.3 million) from the national defense budget to the institute. Szabo hoped this would give the institute’s directors the time they needed to reorganize management and restructure operations in manner that was economically sustainable.

With 50 votes in favor, 254 votes against, and 37 abstaining, the bill was defeated. 218 Fidesz politicians voted against the bill.

Claiming that talks were already underway with the institute’s directors over a possible nationalization, the Fidesz-KDNP government scrambled to respond to growing public outrage over its mishandling of the situation.

Accusing the government of neglecting the Peto Institute’s serious financial problems, Szabo continued pressing the government for a resolution that would not involve nationalizing the institute. “The government is lying about the funding, about everything,” Szabo told the Budapest Beacon on 2 October 2013. “There is much more to this than meets the eye.”

That evening RTL Klub reported that a real estate appraiser had drafted a report for the foundation’s directors listing possible real estate development opportunities for each of the institute’s properties prior to its conversion to a limited liability company. Among the possibilities assessed in the document was a wellness spa, an automated parking garage, a VIP clinic, and luxury homes.

The RTL report made it clear that the decision to convert Peto Institute from a public foundation to a non-profit limited liability company may have been motivated by the desire to sell some or all of its real estate assets to developers with close ties to Fidesz-KDNP.

While attending a conference in Munich last week Hungary’s State Secretary for Higher Education Zoltan Maruzsa confirmed government plans to renationalise the institute, making it the latest target of a series of nationalizations under the current government.

“The institute needs proper management and should be its own independent foundation so that it can have the opportunity to apply for grants outside of state subsidies” Timea Szabo told Egon Ronai of ATV’s START. ”If there was any indication of the government’s intention to fund the institute then we’d be very happy, but all we see are budget appropriations of HUF 84 billion to build more soccer stadiums.”

Vikor Orban and Zsolt Semjen’s heartless disregard for one of Hungary’s most renowned educational institutions marks a new low for the Fidesz-KDNP government. However, thanks to the tireless dedication of newspaper writers, bloggers, intellectuals, and opposition political leaders, the Peto Institute will continue attending to the needs of those it serves, at least for the time being.

The Peto Institute deserves better, having proven that compassion, patience, and hard work can change lives for the better — something this government has yet to learn.