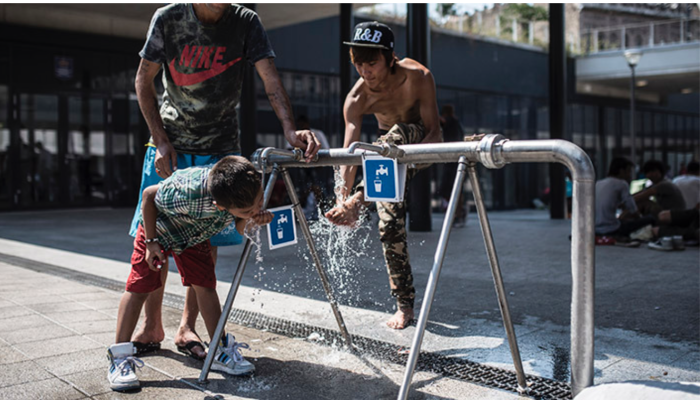 “If things continue like this, it’s not likely that the illegal immigrants will continue to have access to the transit zones at the train stations in the heart of the capital city,” Tarlós said.

While it wasn’t exactly clear what Tarlós meant with that statement, he did say that the transit zones were set up because Hungarian law says “they should board the trains and move on”.

Tarlós said that aside from providing a place to administer humanitarian aid, the transit zones were also created to “stop [the migrants] from spilling over into the city.” But the mayor seems to think migrants are now simply loitering on public property.

He did not go into detail about how closing the transit zones would prevent migrants from spilling over into the city, but he did use  the “migrant” word as if he had conclusive evidence that the migrants are not, in fact, refugees from war-torn countries.

Hundreds, if not thousands, of migrants pass through Budapest’s train stations daily.  After crossing the country’s southern border with Serbia, the migrants are ordered to appear at temporary refugee camps around the country. Budapest serves as a transportation hub, providing migrants access to the country’s railway system.

In many cases, migrants have been on the road for weeks by the time they arrive in Budapest. The transit zones offer shelter, potable water, and bathing facilities.  They also allow volunteers to distribute food, clothing, and personal hygiene items, and to administer medical aid.