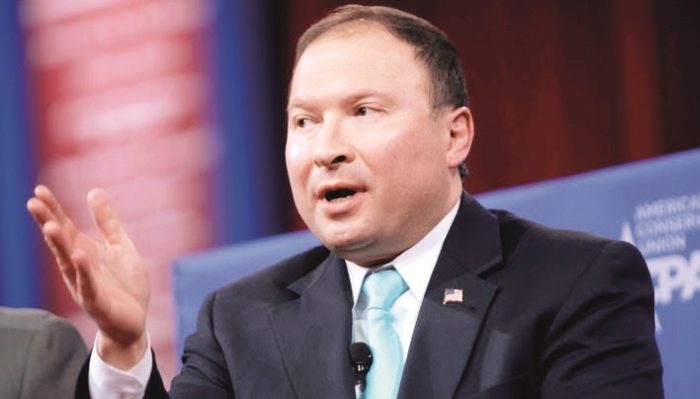 Donald Trump’s surprise victory over Democratic candidate Hillary Clinton has raised a number of questions at home and abroad about future US foreign policy with regard to both the European Union and Hungary.

The day following the November 8th election, Prime Minister Viktor Orbán proclaimed that Trump’s victory heralded the end of an era of “liberal non-democracy” and a return to “reality.”   After speaking by phone with the president-elect, Orbán publicly announced that Hungary’s position had been greatly strengthened.

Orbán’s critics, on the other hand, fear that Washington will play a vastly reduced role in the region under a Trump administration than under the Obama one, which has frequently targeted Hungary for criticism, especially over democratic backsliding and political corruption.

The Budapest Beacon recently spoke with J.D. Gordon, a former Pentagon spokesman and National Security Advisor to the Trump campaign, about the president-elect’s agenda and the impact on Hungary.

BB: You have served as a foreign policy advisor to Donald Trump. In your experience, how does the president-elect formulate his foreign policy positions? Do you believe his stances on key issues will shift once he is inaugurated?

J.D. Gordon: President-elect Donald Trump is an experienced business leader who has widely traveled around the world advancing one of America’s most recognizable brands of real estate, luxury hotels and casinos.  He’s developed a good understanding of how the world actually works based on his private sector experience.  It’s either sink or swim in the business world, so he understands the value of tough negotiations and placing practicality over ideology.  His worldview is strictly realist, recognizing that people respect strength and often take advantage of weakness.  On the major issues – immigration reform, rebuilding the military, actively countering the threat from radical Islam and winning on trade – it’s difficult to imagine changing any of these core principles.

BB: You have worked at the Pentagon and various military posts under several different administrations. In your experience, to what extent does the election of a new president impact daily work and decision-making at the Department of Defense?

J.D. Gordon: The election of a new president can have a profound impact in some areas, and little to none in others.  As a former Pentagon spokesman from 2005-2009, I served under President George W. Bush for well over 3 years, and President Barack Obama for less than one.  On some issues like the Iraq War, Guantanamo, Missile Defense, Climate Change, and Personnel and Readiness, the policies were night and day.  On others, like NATO, Afghanistan, Latin America, Asia and Acquisitions Process, most DoD staff wouldn’t notice too much of a difference.

BB: During the campaign, Mr. Trump raised questions regarding the nature of NATO that caused concern throughout Central and Eastern Europe. In your view, will the Trump administration respect America’s obligations under Article V to protect NATO allies?

J.D. Gordon: Yes, there is a broad recognition from Mr. Trump and key advisors that Article V must be respected.  At the same time, there is a similarly broad recognition that all 28 NATO nations must honor the agreed-upon defense spending for 2% of annual GDP.  Currently only five nations are meeting their obligations, and that is a problem.  The U.S. pays 3.5% and, while only about 1/3 of the NATO population, funds nearly 3/4 of NATO defense spending.  We’re glad to see other countries with a plan to reach 2%, and urge them to accelerate those timelines without delay.

BB: You have just returned from a trip to Hungary, Slovakia and Finland. In Hungary, you spoke at a conference organized by the Antall József Knowledge Center. What was your impression of the Hungarian reaction to Trump’s victory, and of the current state of US-Hungary relations?

J.D. Gordon: Hungary’s reaction has been positive and well received.  This summer a close friend who served as a Hungarian Ambassador sent me a link to Prime Minister Orbán’s speech in which he endorsed Mr. Trump for President.  Mr. Trump was delighted with that endorsement — the first one to come from a European leader.  I’m confident that U.S.-Hungary relations will reach a new high over the next several years since we have so many shared interests and common threats.

BB: When it comes to Viktor Orban’s Fidesz government, the US government under President Obama was vocal in its concerns regarding violations of freedom of the press, freedom of religion and the independence of the judiciary, as well as efforts to undermine checks and balances. Do you believe the Trump administration will continue monitoring democratic backsliding in the region? Will this issue be on the US agenda in Central Europe?

J.D. Gordon: Regrettably, President Obama’s political appointees were fond of lecturing our democratic allies with center-right governments, while routinely downplaying any perceived flaws from center-left governments, allied or not.  The low point came in the Middle East, where the Obama White House fanned the flames of the Arab Spring which toppled allied governments in several nations leading to failed and failing states throughout the region. I believe the democratic backsliding concerning Americans the most is the record number of Obama-issued Executive Orders designed to circumvent the Constitutional balance of power between three separate but equal branches of government: the White House, Congress and Supreme Court.  Though I’m confident that the most egregious of those Executive Orders will be repealed quite soon.