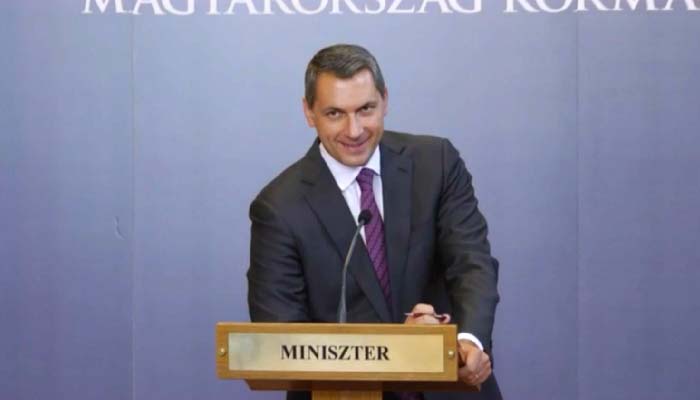 Minister Overseeing the Office of the Prime Minister János Lázár held his weekly marathon press conference Thursday afternoon under the watchful eye of government international spokesman Zoltán Kovács.  Lázár and Kovács mostly addressed the same zeitgeist issues of the past few months: Hungary doesn’t want refugees, the EU is attacking Hungary over the mandatory quota system and the nationalization of the energy sector, immigrants cannot be integrated into Hungary because Hungary cannot even deal with its Roma population, and the dangers posed to Hungary by terrorists in the guise of economic migrants.

“Illegal immigrants cannot be integrated into EU Member States, not just because of what happened in Finland where several immigrants raped a 14-year-old girl,” Lázár said, but because “for many years Hungary has been struggling to integrate the gypsies that have lived with us for over 600 years”.

The EU is at war with Hungary

Lázár said the European Union is waging war on Hungary because of the nationalization of its energy sector and price cuts imposed on pubic utility providers.

The minister implied that the latest wave of infringement proceedings (which frankly come as no surprise-ed.) launched against Hungary has something to do with its handling of the refugee crisis.

Lázár also said that the government is exploring ways of giving the new owners of privatized lands an option to increase rents on lands that are the subject of long-term fixed-rent agreements.

As a show of gratitude for helping to dole out HUF 9 trillion (USD 32 billion) worth of EU grants over the past few years, the government will be handing out year-end bonuses to some 100 employees of the Office of the Prime Minister, Lázár said.

The government is prepared to build a fence along the Romanian border should “economic migrants” seek to enter Hungary through Romania.

Having built a fence along the border with Serbia and Croatia, and having deported all but a handful of asylum seekers, it is not clear to what extent Hungary is threatened by terrorism, and Lázár’s comments only served to further muddle matters.  At one point Kovács had to intervene in the press conference to explain what the official threat level is. But that didn’t make much sense either. The point is that Hungary is in danger.

Lázár also talked about the press hurting the public trust in Hungary’s law enforcement agencies by criticizing their handling of the country’s security situation. (Lázár said this in reference to counter-terrorism agency TEK’s handling of arrests of four suspects with “bombs”, “international ties”, and a “bomb-making laboratory” and two other suspects with a “car full of weapons”. It turned out the one group collected Hungarian military memorabilia and the other group consisted of two Hungarians of know extremist sympathies in whose car a single machine-gun had been found along with a silencer).