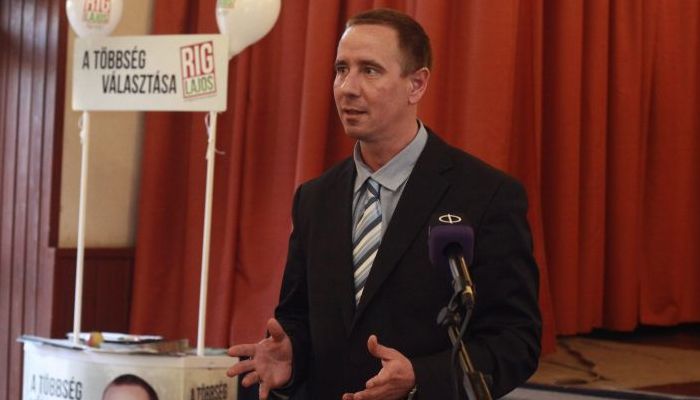 Although foreign votes have yet to be tallied, 99.13 percent of the votes have been counted and radical right-wing Jobbik candidate Lajos Rig appears to have won Sunday’s parliamentary by-election in Veszprém county’s third electoral district, which includes the western Hungarian cities of Ajka and Tapolca. Rig narrowly defeated Zoltán Fenyvesi of the ruling Fidesz-KDNP coalition. 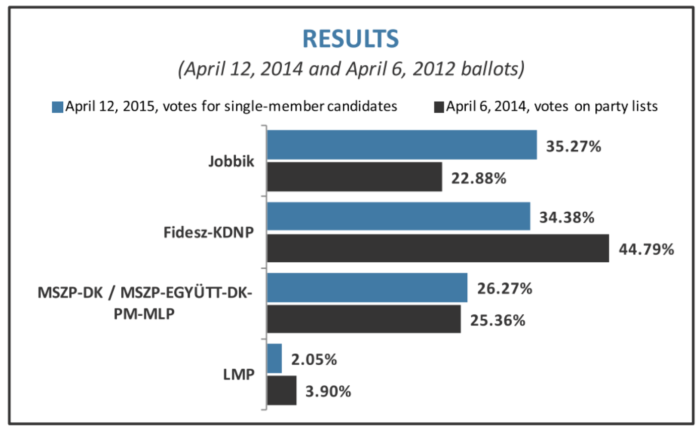 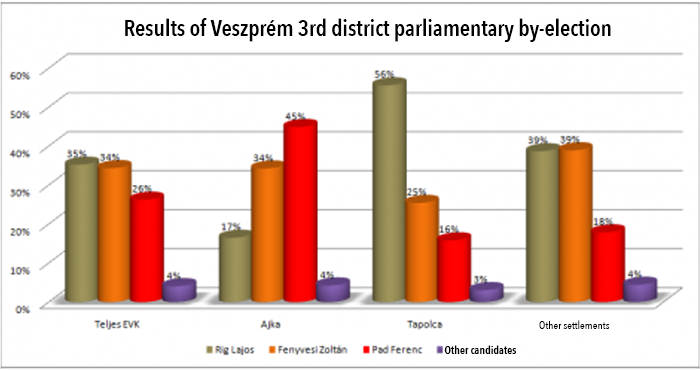 The result was made possible in part by the elimination of the second round of voting under the second Orbán government.  Previously, only candidates receiving more than 50 percent of the vote were pronounced the winner after the first round.  Otherwise, a second round of voting was held, with the candidate receiving the most votes winning.  This system permitted “horse trading” between parties, with certain candidates withdrawing in favor of other candidates more likely to win the second round.  Under current electoral law, no such negotiations are possible.

Fidesz’s popularity is at an all-time low in the wake of the collapse of three Budapest-based brokerage companies.  It is not clear whether the decision on the part of Fidesz chairman and Prime Minister Viktor Orbán to personally campaign on behalf of Fenyvesi helped or hindered his prospects.  What is clear is that Jobbik continues to gain strength in a countryside increasingly receptive to the radical right-wing party’s anti-Gypsy and anti-Jewish rhetoric.

Because foreign returns are not scheduled to be tallied until later in the week, the final results will not be announced until Thursday.  However, according to the National Election Office, as of 9 pm on Sunday the Jobbik candidate had received 35.27 percent of the vote, closely followed by the Fidesz candidate with 34.38 percent.  Joint democratic opposition candidate Ferenc Pad received 26.27 percent.  LMP (Politics Can Be Different) candidate Barbara Sallee received only 2.05 percent.