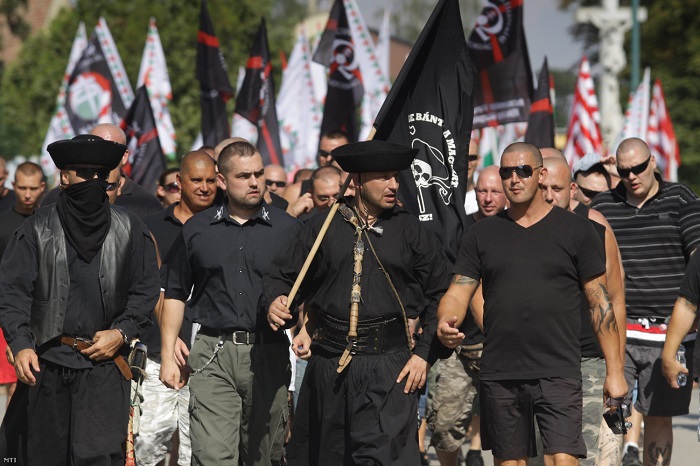 Attila Szabó, local Jobbik party chapter president and city council member of the Budapest suburb of Vecsés, has left the party in order to join a fledgling extreme-right movement that plans to hold an event in Vecsés on Saturday.

Szabó will host the event, billed as “Power Celebration” (Erő Ünnepe), where several developing radical groups plan to come together for the first time in order to form a new “right wing power.” As we reported in May, the movement consists of the far-right paramilitary group Outlaws Army (Betyársereg), a coalition of extreme-right municipal leaders called the Érpatak Model Nationwide Network, and a fascist youth organization-turned-political party, Identitesz.

Szabó, who is a founding member of the Outlaws Army, joins several other members of the Vecsés chapter of Jobbik in leaving the party.

Jobbik party director Gábor Szabó (no relation) acknowledged the defections, saying “a number of current Jobbik members in Vecsés plan to attend [the event], and among them several are leaving Jobbik.” Szabó “acknowledged and accepted their intention to leave, since someone can’t be a member of two political parties and movements at the same time.”