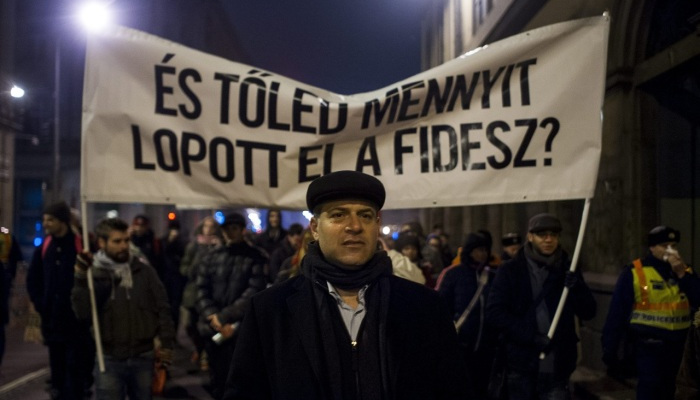 Hungary’s National Bureau of Investigation has concluded that no laws were violated by the sale of municipally owned real estate in Budapest District 5 while Antal Rogán was mayor.

District 5 assemblyman Péter Juhász (Együtt/Together) has vowed to renew his efforts in September.

“They have closed their investigation into the obvious crimes committed in Rogán’s district for completely fake and false reasons,” Juhász posted to his Facebook page on Sunday.

“For example, they claim that everything was alright with the sales when we know that dozens of properties were sold at third or half price.  Or the reason they didn’t break any rules is because they’ve been doing this for 20 years,” continued the Együtt vice-president.

“But this is not the end of the story.  The only reason you don’t hear about me is because I’m on vacation.  But know that in September we start anew!  Until then, even though I’m resting the lawyers are working.  The work continues, you just aren’t hearing about it from me,” writes the District 5 assemblyman.

“Because it is really ridiculous and outrageous what is happening here.  But we will hold them to account, even if I hate this word.  We are going to hold those responsible who committed the crimes, if you prefer.  And if we have to, we will lock them up in prison,” announced the opposition politician shortly after index.hu reported that the National Bureau of Investigation had closed the investigation into the sale of District 5 real estate at below market prices.

“The authority reached the conclusion having involved court-approved real estate experts that the sale of the 11 properties did not cause any material damage,” reported index.hu, adding that “according to the police no malfeasance took place.”

“One of the authority’s arguments can be translated as follows: that any real estate may be sold under price if a law is previously written permitting this,” which was the case, writes the online daily.

The investigation focused primarily on the sale of a 212 square meter property in the Károly körút to a company owned by Marianne Pápa, the aunt of Árpád Habony, so-called unofficial advisor to Prime Minister Viktor Orbán, and the former girlfriend of Tamás Portik who is serving a 13-year sentence for his involvement in the murder of a competitor.

In October 2011 the District 5 municipal government let the property to Immo Kft. on favorable terms.  Two months later Pápa’s company bought the property for the discounted price of HUF 52 million (USD 200,000), which it resold half a year later for HUF 102 million (USD 380,000).

The decision to close the investigation for lack of compelling evidence of wrongdoing has a bearing on the defamation lawsuit filed against Juhász by Rogán in that it lends credence to the latter’s claim that he is not a criminal.

Rogán, who is now Minister in charge of the Prime Minister’s Cabinet Office (otherwise known as propaganda minister) has sued Juhász for HUF 1 million for referring to him as a criminal on several occasions.  Juhász contends that the District 5 municipal government under Rogán transferred property to Rogán’s friends and that Rogán did business with Portik and lied when he said he had never met him.

Portik claims that he knows Rogán and that Rogán was lying when he said they had never met.  The underworld figure told the court under oath that he had paid Rogán a HUF 10 million bribe in euros at a downtown Fidesz office.  When asked by Juhász’s lawyer during the trial whether this was the cost of corruption, Portik answered: “If you want to call it that.”