Kuncze: How the mafia state works in 2013 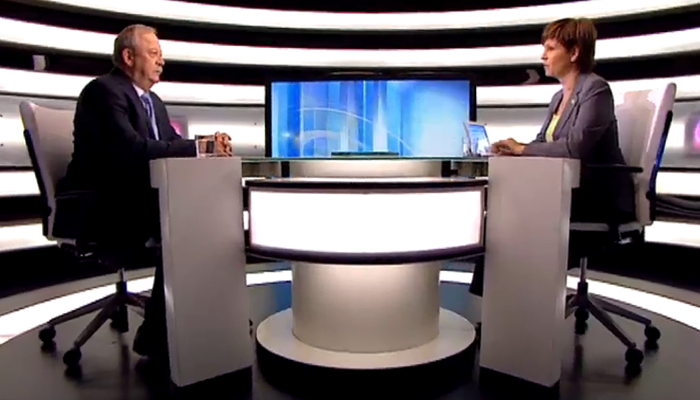 “Never in the past 25 years has the country had such an unscrupulous, mafia-like government” liberal politician Gabor Kuncze told Egyenes Beszéd’s Olga Kalman Tuesday evening.

Kuncze: The nationalizations, the stealing from the various areas such as the textbook market—that’s what this year is about.  First they take something, then they sell it to their buddies. I note here that the same thing will happen with the textbook market.  First they destroy the publishers and then there will be new textbook writers.  That is the story of the year to date.  Only one bidder chosen by the minister can participate in the HUF 2.6 billion (USD 12 million) tender to do something with the textbooks?  This is how the mafia state works in 2013.

Kalman: There are the credit unions which are the people’s property.  The small shareholders establish the credit unions. “This we are going to protect” it seems from ourselves “so they’ll be safe.”  They were safe, about this I have no doubt.  But now they are even safer.  “That’s why we need the Takarekbank, so that certain things don’t happen here and there.”  What?  They worked perfectly well.  “We nationalize them, centralize them, we create this” and now everyone says only the monogram of the person they want to sell to is missing.  And now we learn that the contract has to be signed by March 31st (six days before national parliamentary elections are to be held. -ed).

Kuncze: The textbook market worked well.  The publishers took the orders which they distributed through various companies.  “We have saved the textbook industry” just like we saved the credit unions.  Since then there are still classes completing their final year of studies that haven’t received their books.  On top of this now they steal the entire textbook  publishing industry.  They tell the teachers what books to purchase by prescribing two textbooks from which they can choose one.  Later they’ll realize this wasn’t a good idea and they will privatize the textbook market to their own people.

Never in the past 25 years has the country had such an unscrupulous, mafia-style government.

It’s another question why we tolerate this.  We haven’t spoken about the engineers.  Projects involving EU funds in Hungary can only be planned by state planning institutions.  There are no other projects so the engineers must submit to the state or they won’t have work.

Kalman:  They compiled a list of standpoints to determine who can win the credit union tender that is highly subjective.  Financial institutions are not allowed to participate.

But such is the lack of social solidarity that the engineers remain silent until it reaches them, the health care workers remain silent until it reaches them.  And since everybody is now dependent on the state (the teachers can’t go on strike because the schools are run by the national government and there is nowhere for them to go) with heads turned down everybody allows themselves to be humiliated and to have their wealth stolen out from underneath them.

They feed us such idiocies as “household utility cost reductions” which, on the one hand, all of us will end up paying for in the end, on the other hand, returns far less money than what they previously took away, which the majority of the population also tolerates.  And the reason for this is because they don’t see a political opposition capable of defeating the government.