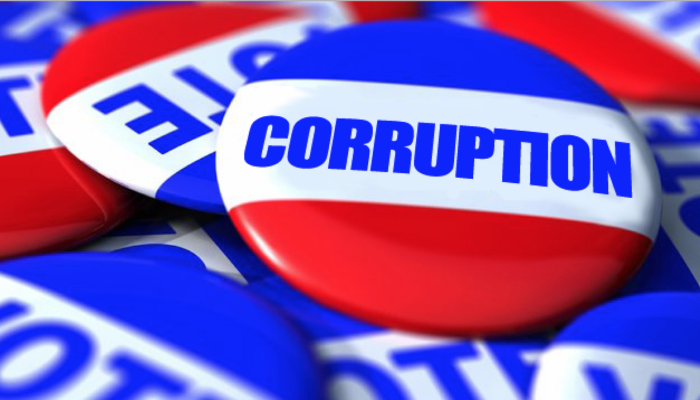 In Hungary, there are 8,306 vote-tallying committees and 2,205 local election committees essentially performing the same function.  Election rules allows parties with parliamentary delegations to send two delegates to each committee.

Opposition parties have appointed delegates to less than 40 percent of the 10,511 committees responsible for tallying up the vote on October 2nd.  This means some 6,000 committees will be comprised exclusively of delegates from local municipalities and the ruling party.

A dearth of opposition delegates

According to numbers released by the National Election Office on Tuesday, delegates from opposition parties will not have a strong presence at the majority of polling places.

Out of a total of 17,603 delegates named to date, 13,539 have been name by Fidesz and its KDNP allies, or roughly 1.4 delegates per vote-tallying committee.

By contrast, the political opposition has only named some 4,064 delegates — less than 0.4 delegates per committee.

While the Hungarian Socialist Party (MSZP) has appointed 3,852 delegates, far-right Jobbik and Politics Can Be Different (LMP) have only appointed 171 and 41 delegates, respectively.

According to László, the lack of oversight on behalf of opposition parties raises concerns of electoral fraud in a referendum on which Hungarian Prime Minister and Fidesz chairman Viktor Orbán has essentially staked his political reputation.

“The reason why we should be able to trust in our election process and the work of the vote-tallying committees is because the entire process relies on the mutual supervision of opposing interests,” László writes on his election analysis blog VálasztásiRendszer.hu. “In other words, nothing should happen in the vote-tallying committees without the delegates of the ruling party and the opposition knowing about it. If the committee votes against them, they will still have the opportunity to submit a complaint and their respective party can bring the issues to the attention of the public.

“Currently, there is no guarantee like this afforded by the opposition for its supporters and potential voters. Jobbik is trying to remain quiet about there actually being a referendum in Hungary, and the center-left parties either realized late or, even more alarmingly, their combined efforts could only produce so many delegates,” László writes.

There is no shortage of problems related to changes to Hungary’s election system introduced under the second Orbán government, but the fact that opposition parties are sending so few delegates is hardly an anomaly that Fidesz is responsible for, says László.

A dereliction of duty?

“While it is a fact that only parties with parliamentary groups can send delegates to the vote-tallying committees, there would have been no [legal] obstacle preventing activisits from (and I will mention only opposition parties) the Democratic Coalition (DK), Együtt, Dialogue for Hungary (PM) and the Hungarian Liberal Party (MLP) from becoming delegates through the Hungarian Socialist Party (MSZP) — but they did not,” writes László. “All this speaks more to the current condition of these parties than do the research polls showing their popularity.”

While this may explain the low number of LMP delegates, it hardly explains why Jobbik, Hungary’s second-largest party, would nominate only 171 delegates.

But how great is the risk of fraud?

According to Így Írnánk Mi, a blog authored by Hungarian constitutional lawyers, certain election rules were put in place after the fall of communism to ensure the legitimacy of Hungarian elections. Building on the election experiences of more developed democracies, those crafting the new rules sought to ensure fair elections through a system of checks and controls.

One of these best practices relies on the involvement of delegates from all political parties with parliamentary delegations.

In addition to ensuring that ballot boxes are not stuffed, one of the main reasons for sending delegates to the vote-tallying committees is to ensure the ballots are not tampered with when the ballot box is opened.

The constitutional experts at  Így Írnánk Mi are concerned over the likelihood of fraud, which they say is especially high in the case of eligible voters with no residency in Hungary.

“In their case, it is possible for someone who is dead to cast a vote, or for party activists to collect a batch of fresh ballots, fill them out and send them to the specified ballot collection point. It is also possible that voters from a lower social class are bussed over to polling stations to increase the voter turnout in favor of the ruling party,” they write.

“Furthermore, it is also possible that in those committees where there are no opposition delegates, committee members may unlawfully get word out from the polling station regarding who has not yet voted, thereby signaling to door-to-door activists who needs to be encouraged to get out and vote before the vote closes.”