Lajos Simicska: I will not be Orban’s partner in building a new dictatorship 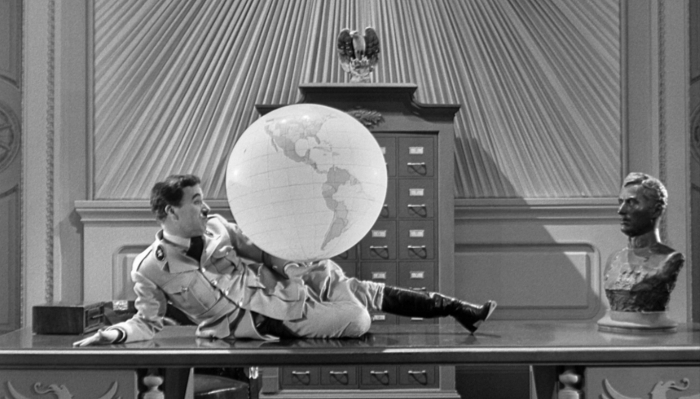 Fidesz oligarch and Hungarian media and construction tycoon Lajos Simicska has given yet another interview, this time to Hungarian website Magyar Narancs. Simicska talked about his split with Prime Minister Viktor Orbán over the latter’s plans to create a new dictatorship.

Magyar Narancs: You’ve said more in the last four hours than in the previous four years. Please help us reconstruct the situation. What happened and why?

Lajos Simicska: I’ll be honest, I am personally trying to reconstruct what happened in the previous four hours. You can imagine what a shock this has been for me. My own men betrayed me.

MN: Who are the betrayers?

LS: I was totally shocked by what Liszkay and the management did. It’s unheard of for somebody to announce their resignation and then immediately take the entire team with them. I think this is totally unacceptable.

MN: Just to be clear, did Liszkay quit or did you fire him?

LS: Liszkay let me know that he wanted to resign from his position as editor-in-chief. I accepted his resignation and then I read in the news that the entire management quit. I was watching what the (expletive)  was happening. I said OK, time to take care of my responsibilities as the owner, so I started working on appointing a new executive and editor-in-chief. I took care of that in two hours. Now, friends don’t do things like this, and it’s upsetting. People can have their reservations, their problems, things they agree on and things they disagree on, but things need to be handled in a cultured manner. I don’t care why he did it the way he did. He’s a traitor.

MN: Meanwhile, you gave an interview to Atlatszo and it turned out that you are HirTV’s chief executive and you’ve named Gabor D. Horvath, formerly the deputy editor-in-chief, as the editor-in-chief of Magyar Nemzet. According to the company’s corporate information, Liszkay is an owner of the Nemzet’s publisher, so did he have any say in this?

LS: It’s true that he was an owner but Liszkay sold his shares as of today and is out of the company. The new CEO is Marianna Toth.

MN: So Liszkay’s resigned from his ownership?

LS: He didn’t resign from his ownership, he sold it.

MN: According to our information Pro-Aurum Zrt. is majority owned by you.

LS: Yes, but I had to find out exactly which of my companies were involved in the transaction. I gave the order to buy him out and my people took care of it.

MN: So what you did was tell Liszkay that if he resigns then to sell you his shares in the Nemzet.

LS: Yes, I told him he can resign but then he has to sell, you’ll get something for it, but that’s it and (expletive) you. He had no objections. I appointed a new chief executive and a new editor-in-chief and that took care of it. See you later to the traitors. I’ll (expletive) fire anyone else that needs to go, and from now on I rely exclusively on my own people. Is that okay for you guys?

MN: How much did you pay for Liszkay’s shares?

LS: What do I know? I bought what I had to buy and that’s it.

MN: How much of Pro-Aurum do you own?

LS: Don’t ask me dumb questions, I don’t know off the top of my head. It’s mine. I have a large business empire with many business interests.

MN: Otto Gajdics, Lanchid Radio’s editor-in-chief, also resigned. Do you have his replacement?

LS: I do. His name is Csaba Schlecht.

MN: How alone are you? Are Zsolt Nyerges or Karoly Fonyo still your allies, or are they traitors too?

LS: No, they aren’t. Liszkay and the people working in management under him are the only ones I consider traitors. Those who resigned. Nyerges and Fonyo are my business partners, they have nothing to do with this incident. We’re on good terms.

MN: Reports are emerging that it’s possible Viktor Orbán’s top advisor, Arpad Habony, is behind this whole thing. Apparently there’s a new media empire being created and Liszkay and his people will be its new face. (Magyar Narancs tried to get ahold of Gabor Liszkay all day to no avail.)

LS: I can’t say anything about that. There’s a war taking place and it’s very possible that I have to anticipate the use of such weapons. I am totally against the kind of media politics that the government is engaged in and I made my position clear months ago.

MN: They’re saying that you don’t like the pro-Russia relations and Russian energy politics. Is there any truth to this?

LS: I don’t like it, I really don’t like it. I grew up back when this was part of the Soviet Union and I don’t have good memories about what the Russians did when they were here. To put it nicely, I can’t distinguish between the political actions and behavior of Soviets back then and the Russia of today.

MN: It was rumored that the reason your relationship with Orbán soured is because he and his group left you out of the MVM natural gas and Mol Energy business with the Russian gas supply, which resulted in the beneficiaries pocketing tens of billions of forints in profit.

LS: You might be surprised by this but my world doesn’t only revolve around business. My work, and you might laugh because of this, fundamentally revolves around values and responsibilities. There are times when these things are more important than simply business. You may think this sounds odd, but that’s me. I owe much to my homeland, my family and myself, and only do things that I think are proper and I only do business with people that I consider proper business partners. Believe it or not, my association with Orbán started with us wanting to dismantle a dictatorship and a post-communist system. It turned out that this wasn’t so easy and that it would require a lot of work. But building another dictatorship wasn’t part of our (expletive) partnership. I will not be his partner in this.

MN: But there has to be some kind of personal dimension to this conflict. You guys have fought on the same side and been friends for 35 years. Don’t say that there’s no emotional motivation behind this.

LS: Of course there is. I’m hugely disappointed, I won’t deny that. I imagined Orbán as a statesman who could do good for the country, but I came to the realization that he’s not. Write that down.

MN: You told hir24.hu that you’re worried about your personal safety, that you could be hit by a car or be shot. Why do you feel your physical safety is under threat?

LS: I know who the characters are in this story, I know what they are capable of. But I’m not really afraid. I told this to the journalist when I was in my car on the way to the editorial board. I was really distraught and said yes, it’s possible that they would shoot me. It is totally possible but I’m not afraid of this. This is a tough world. You can laugh at me but I’m a dedicated democrat. I don’t (expletives) like the methods that these boys use to take care of things in this country. 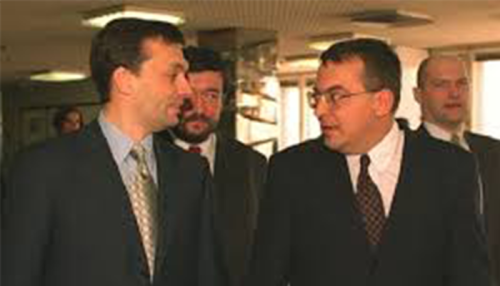 MN: But Orbán’s autocratic ambitions didn’t start last year, and it didn’t seem to bother you that democratic rights were being compromised until it started affecting your own business interests. When did your relationship split? What was the turning point?

LS: We sat down after the elections last year and he told me his plans. I’m not going to go into details but I didn’t like what I heard. I told him that I don’t want to be his partner in this and that’s when things started to get rough.

MN: So since then you haven’t even met with those influential Fidesz politicians – I’m referring to Antal Rogan and Janos Lazar – with whom you had earlier met with quite often?

LS: I can say that these relationships weren’t too active earlier either. This is not how it works. If my memory serves me, I haven’t met with a single politician in the past year. Why would I?

LS: Yes, tomorrow I’ll be going away for a week.

MN: It’s commonly said among journalists that there is so much that Orbán and Simicska know about each other that this is one of the reasons they would never dare go to war against one another.

LS: What would you like to know? I’ve known him for 35 years, does that mean something? I know him, I know a lot of things about him, yes. So what?

MN: So, in a certain respect, you pose some kind of political risk to the prime minister.

LS: So what are they going to do? Shoot me? (laughs) Let’s hope that won’t happen.