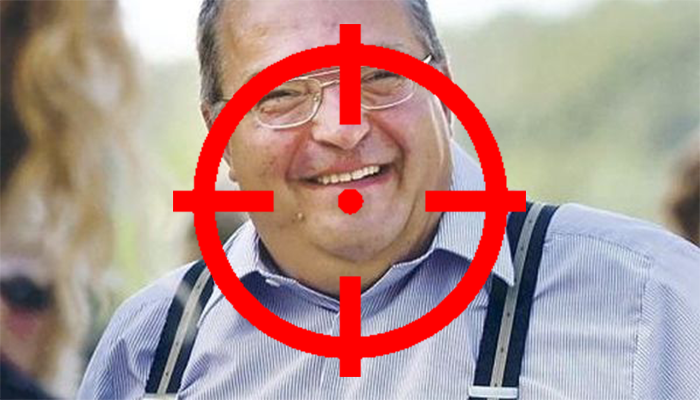 The very public falling out between Prime Minister Viktor Orbán and Lajos Simicska (pictured) has resulted in all but two of the enigmatic Fidesz oligarch’s people being removed from Hungarian state entities.  According to Borsonline.hu, Hungary’s tax authority (NAV) chief Ildikó Vida and state-owned railway company (MÁV) chief executive Ilona Dávid are the last two officials appointed to key positions in government and at state-owned companies at Simicska’s behest still standing.

Simicska, who served as Fidesz party treasurer and as head of the Hungarian tax authority during the first Orbán government (1998-2002), is credited with founding or acquiring a variety of companies that helped fund Fidesz’s return to power in 2010 after eight years of sitting in opposition.  Under the second (2010-2014) and third (2014-) Orbán governments companies owned or otherwise controlled by Simicska won hundreds of billions of forints worth of government construction and advertising contracts, making Simicska one of Hungary’s most affluent citizens.

Following Fidesz’ landslide victory in the 2010 general elections, Fidesz chairman Viktor Orbán is reported to have spent a fortnight at Lájos Simicska’s side in Székesfehervár, agreeing on key government appointments, many of whom served as officers, managers and lawyers in Simicska’s numerous companies. So great was the enigmatic oligarch’s influence over Orbán and Fidesz that allegedly under the second Orbán government no company was awarded government projects over a certain size involving EU development grants without Simicska’s knowledge and consent.

Since last year’s falling out, a new group of Fidesz oligarchs has been groomed to take Simicska’s place.  Among them are former Hollywood film producer Andy Vajna and Árpád Habony, who recently jointly founded a company with prominent Republican campaign strategist Arthur J. Finkelstein, presumably for the purpose of peddling influence and lobbying Republican members of the US Congress.